The company behind Hatsune Miku, Crypton Future Media, has been increasing its efforts to bring live music to fans around the world during the ongoing pandemic. One of the efforts that have continued to this day is the free global livestream offerings which include events like HATSUNE MIKU Digital Stars 2022.

“Digital Stars” will be held again in 2022, bringing together various new sounds from across genres and borders!

The concert puts the spotlight on DJs and musicians—Vocaloid music producers—and will be streamed over at Twitch on May 28, from 14:00-20:00 (JST), for anyone to watch! Fans in Japan can attend the event in person at the venue Akihabara MOGRA in Tokyo, however, as of writing, it’s completely sold out. For this reason, the official Digital Stars Twitter account encourages fans who cannot attend in person to join the free livestream on Twitch instead.

Notably, we see the fan-favorite metal Vocaloid producer Utsu-P participating in the event again—among many other reputable musicians. He is also responsible for this year’s Digital Stars theme song called “Hello Builder“.

You will find this year’s Digital Stars theme song on the compilation album appropriately titled HATSUNE MIKU Digital Stars 2022 Compilation. And you can get a hold of it on May 25—three days before the event—so you’ll have enough time to hype yourself with the excellent music that Crypton Future Media describes as “newest sounds from across genres and borders”.

A preview for the album is available to listen to via Hatsune Miku’s YouTube channel.

As announced earlier this month, the lineup consists of nine musicians: 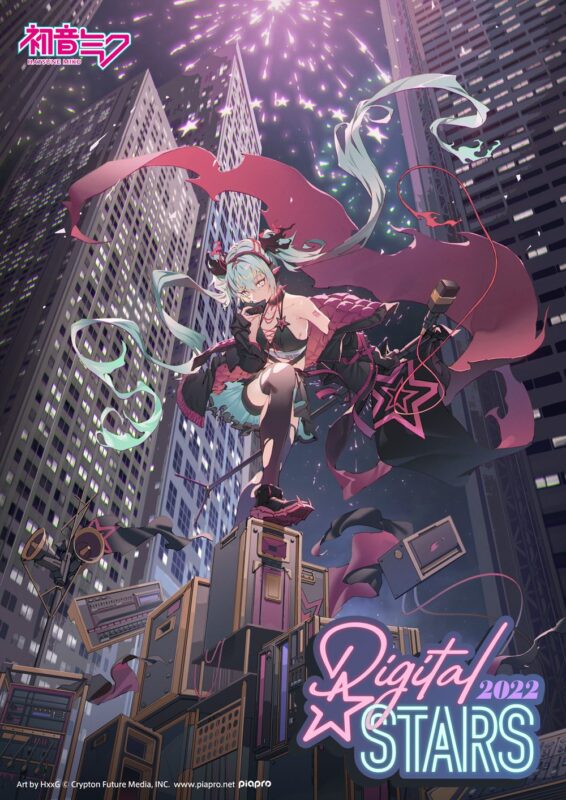 “Digital Stars” is a project which began as a sub event of the MIKU EXPO series of international concert tours, and features collaborations and performances by musicians from around the world who were inspired by Hatsune Miku and other related Internet creative cultures. In the past, the Digital Stars club event has been held in 7 overseas cities including Seattle (2016), San Francisco (2016), Los Angeles (2016, 2018), New York (2016, 2018), Taipei (2019), Hong Kong (2019), and Berlin (2020). In 2020, Digital Stars held its first online DJ event, which hit Twitter trending #1 and reached a peak of 8,400 simultaneous viewers and over 130,000 unique viewers.

Hatsune Miku is music software developed by Crypton Future Media, INC. which enables anyone to generate a singing voice by entering lyrics and melodies. As a massive number of users created music using the software and posted their works on the Internet, Hatsune Miku quickly evolved into a cultural phenomenon. In the years since the software’s release, Hatsune Miku has gained much attention as a character, becoming involved in many fields such as merchandising and live performance as a virtual singer. Now her popularity has spread across the globe. 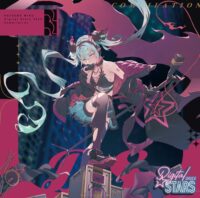