Visual rock guitarist Lin (凛-Lin-) releases EP “九天攬樂-Ninth-Ninth Heaven-” and subsequent music video for the title track. A release with which, China-born and Japan-raised Lin, wishes to break the silence and represent a next-generation Chinese metal. Drawing this EP with a magnificent scale and worldview, he hopes to do just that.

Ninth Heaven arrives two years after the previous release INNOCENCE. Acting as a culmination of Lin’s Chinese and Japanese background, this release is a new frontier for him as an artist.

The EP invites you in with the beautiful, ephemeral, and gentle melody of the first track Daydream. This leads onto the title track Ninth Heaven that takes inspiration from the old Chinese phrase, analogized by Lin, “delivering music from heaven to the world”.

The theme of the song considers the ever-changing conditions between the east and the west as their relationship progresses towards chaos when new disparities and ideological differences step in the way. However, rock music and people who love it live all over the world; allowing international borders to be crossed both physically and spiritually. Lin uses Ninth Heaven to embody his pride of being Asian through the sound of rock music born in the west.

Joining Lin in the composing of this release, sees Yue (ex. Lilith) providing the arrangement for the drums, while strings arrangement is handled by Takumi of Sukekiyo and manipulator of DIR EN GREY.

Walking into this song you probably think you have a good idea of how a guitar instrumental is going to go down. But you don’t.

Born in China, raised in Japan, and possibly chosen by the gods. Lin presents his arrangement and guitar skills in Ninth Heaven like a band-aid to a cruel and grueling world—feeling like the true deliverance of music from heaven.

A four-minute-long instrumental that has never flown by so quickly as this beautiful composition did.

No cheap vanity or ego displays, just a beautiful arrangement that does exactly what the label says; combines the tradition of China and metal music in one. Instead of the guitar dominating the song, it acts as the backbone—a strong presence that carries the song but doesn’t overshadow the importance of the pummeling drums and soothing strings. All instruments work in unison to bring forth the heavenly message of Ninth Heaven.

Lin is a visual rock guitarist who was born in China and raised in Japan. After performing shows primarily in Osaka and Japan, Lin moved to Shanghai in 2012 and formed the band, Lilith. The band’s continuous activity made him a name on the Chinese rock scene—even getting the band’s representative song Arcadia selected as the opening theme song for the anime “Hitorinoshita-the outcast-” in 2016.

After the band dissolved, Lin went on to compose a wide range of pieces including insert music for the anime “THE KING OF FIGHTERS DESTINY-Quanhuangmingyun-” in 2017, and the theme song Manatsu Emaki for “Onmyoji Heian Monogatari” second season in 2019.

Lin tells us his life and musical story in his own words. The sincerity in his message and ambitions is heartwarming:

After Lilith’s activities were over, I moved my life to Tokyo. I asked myself; “you lived mainly through group band activities so far, what can you do when alone?”

I spent time to reflect, composed music, and played the guitar just as I always had.

I was worried that if I didn’t touch music, I would be like I am denying it.

In the end, I realized that it was music that solved my problems, and that creating new work that moved forward beyond the past was the best choice.

At the same time, I felt my previous work “INNOCENCE” came full circle as my new starting point. This was a song that put out everything I had in me.

I wanted to create a work that went beyond that, and last year, ESP provided me with a new 7-string guitar which opened into unknown territory.

I was feeling some hard limits to drop tuning with a 6-string guitar, but by using a 7-string guitar, I was able to produce even lower frequencies and even higher treble through its increased number of strings. That meant being able to give song more breadth.

Suddenly the world became divided by the rapidly developing Covid-19 disaster. I felt very uncomfortable with the biased coverage by the media, and while Chinese people are pro-Japanese and familiar with Japanese culture, Japanese people often think that they do not know China at all.

When I first started working in China, I felt that it was still undeveloped but evolving, and I thought that the Japanese rock scene was mature and the music was advancing.

At first, I certainly had a strong desire to spread Japanese-style music in China.

However, as I became more active, I gradually began to wonder what I could do as a Chinese musician.

After touring in China, I became more aware of my roots and focused on creating music that could be transmitted from China to the world.

That was the reason why songs like “Xueweiyang” and “Dragon Heir” came to be; creations from the latter half of Lilith were born, a kind of originality that I could put out.

It’s been a while since that time, so I wanted to create something that was more advanced. I’ve been planning since last summer.

Also, Japan is like my home country and the place where I started my musical activities so it has this special meaning to me.

I wanted to prove my identity, and I felt that being able to grasp and think deeply about things from both perspectives is one of my strengths.

What is your identity?

Rock was born in the West and is loved all over the world, but I wanted to add more Eastern elements to it.

Japanese music and Chinese music have the same roots, and the instruments used are not so different.

I think that listeners from either culture can easily understand it.

I hope releasing it in Japan will be an opportunity for them to get to know China and vice versa.

More importantly, I put a lot of effort into arranging the classical instrument part in addition to playing the guitar to give people a shock when those outside of Asia listen to it.

The final composition consists of two songs, and although there aren’t many songs in the album, I was finally able to release it in about half a year’s time.

I hope you can listen to it in various places.

His work and recognition thereof have welcomed him to the position as the official endorser of the Japanese musical instrument brand ESP and making frequent appearances in their demonstration movies. 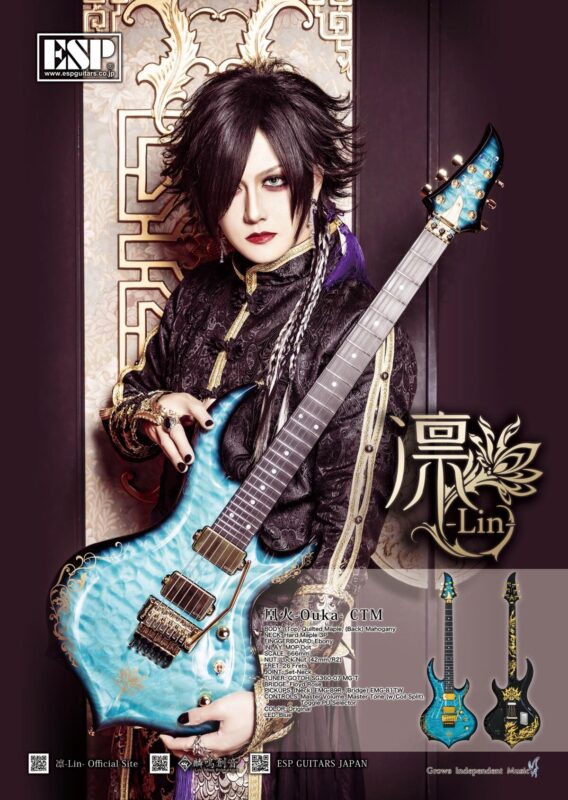 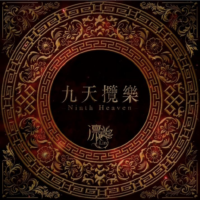