After four years of wait, nowisee (pronounced “noise”) has at last delivered new music in form of a digital single and music video titled “not the end”. The release was made available on June 8 and can be found on both digital stores and streaming platforms.

The song itself keeps the same mysterious and inconspicuous vibe and sound fans are used to, with the music video revealing the silhouette of the unit’s vocalist named “Strange Octave”.

nowisee is a six-member unit whose identities will never be revealed. It is described as a “cross-content” project that touches on several artistic aspects, offering a rich story, manga, novel, voice drama, music, and to tie it all up, stunning and vivid illustrations and animations.

Although “not the end” is the unit’s first music release since the 2017 album reALIVE, the unit has shown activities in other parts. They made their first festival performance appearance through “YOU MAKE SHIBUYA VIRTUAL MUSIC LIVE” earlier in May, and previously also held a free livestream on YouTube back in 2019 titled “Live silhouette”.

The long break was for the members to be able to recharge and it’s not hard to understand why. During the inception of the project in 2015, they consecutively released 24 songs for each of the following months. Each song was also coupled with an artistic music video. This was on top or in conjunction with the manga, novel, and voice drama that is tied to the lyrics and music. 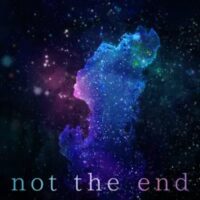