Ling tosite sigure returns with a new single and music video for Perfake Perfect, released on January 20, its first release in about a year and a half. The title-track is featured in the stage play PSYCHO-PASS Virtue and Vice 2 which is based on the psychological thriller anime PSYCHO-PASS. As for the music video, the band has worked with the anime’s director Katsuyuki Motohiro to create the atmospheric scenery.

On the musical aspect, Ling tosite sigure presents dark instrumentals varying from slow melodies to fast and intricate sound. The vocals shift back and forth between guitarist TK and bassist “345” (Miyoko), almost as if the two are exchanging words. In between the high-pitched singing and frenzied instrumental, TK also emits some emotionally terrifying and thunderous screams.

While the song is inspired by the fictional PSYCHO-PASS, there were some moments where vocalist and guitarist TK felt like he was a part of its world. TK explained that during the production phase, for the first time in his life, he used a camera to attend an online meeting but the screen was completely dark, suggesting it was related to his “cloudy hue” rather than technical problems.

In the anime PSYCHO-PASS, the “hue” is a color-based reading that reveals the stress level of a citizen. This indicator serves as a way for law enforcement to determine the likelihood a citizen will commit a crime. A “clear hue” is white and suggests good mental health, while a “cloudy hue” is pitch black and entails the person is a threat.

See what TK has to say about the inception of the song:

The theatre production of PSYCHO-PASS Virtue and Vice 2 brings to life in the real world what is depicted in the anime, and this project was an experiment to fuse that together with music. Those two [Yamaguchi and Motohiro] seemed to really enjoy the challenge of what to create as our options decreased day by day.

Director Yamaguchi was able to give life to these ideas from the toybox of director Motohiro’s mind and you could really feel the creative energy the entire time, it was very exciting. It was the first time in my life that I used a camera and took part in an online meeting—maybe it’s just me because my hue is fairly cloudy—but my screen was completely dark until the end. Maybe the perfect fake is me?

The music video shows the members performing in an empty set in their holographic form as well as in their physical state. The visual depiction of Perfake Perfect follows the creative direction of film director Katsuyuki Motohiro, and director Junta Yamaguchi. Katsuyuki Motohiro, who directed the aforementioned stage play, is also well known for his work in the PSYCHO-PASS anime series. Both directors have also shared their thoughts about working with Ling tosite sigure on this project.

Ling tosite shigure and PSYCHO-PASS have an awful lot in common, so when the request to make the music video came in, the vision that instantly came to my mind was the band members performing in an empty theatre as holograms—present, but not really. It was genuinely perfect timing that we were able to use the stage for Virtue and Vice 2—which was being performed at the time—to record the music video for Perfake Perfect.

When it comes to making videos, sound is an incredibly important element. When that sound becomes beautiful music, it can be extremely difficult to create an image that stands up to that, which is part of what makes music videos so profound I believe.

Our goal was to use as little CG (computer graphics) as possible in the music video for Perfake Perfect in order to create something where the boundary between imaginary and reality becomes blurred by shooting the stage sets, and mapping and combining them with the performance footage. Perhaps when you finish watching it, your hue will become cloudy?

The stage play PSYCHO-PASS Virtue and Vice 2 is a spin-off story that follows original characters working at Unit Three of the Criminal Investigation Division. The screenplay for the first stage play was written by Makoto Fukami and follows the character Haruto Kusen, while PSYCHO-PASS Virtue and Vice 2 is written by Junya Ikeda and works as a prequel story on the past of the character Hiro Kanou from the first stage play. 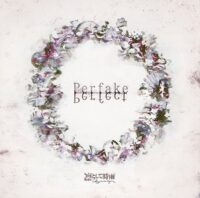 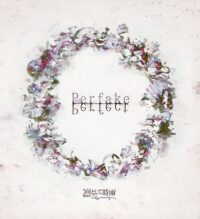