Japan’s biggest biannual convention Comic Market (Comiket) is drawing closer and with that, vocalist Sennzai cheerfully and enthusiastically revealed a preview for her upcoming album Fleurix through a live stream on YouTube, and after the live stream, she uploaded a stand-alone preview for everyone to enjoy!

Album Fleurix will of course be sold at Comiket 95’s second day, on December 30! So if you happen to swing by, visit her booth at “East Area ノ-14b”. You will also be able to pick it up digitally at a later point through stores like Bandcamp, iTunes, Google Play Music, Spotify, etc. If you want to pre-order it today, we recommend DIVERSE DIRECT which offers overseas shipping without hassle.

Because of how diverse the album is in terms of composers that contributed to the album, each song may sound drastically different from another, but the two things all the songs have in common is that Sennzai provides beautiful vocals to all of them, and every artist featured on the album are respected composers in the doujin (self-published) community.

Generally, Sennzai vocals would fall under soprano, however, as skilled and versatile as she is, Sennzai is able to offer a wide variety of vocal range and style in this album. In the preview, you can expect to hear higher and lower pitched vocals, and surprisingly also an innocent denpa-like voice in the second and third track. 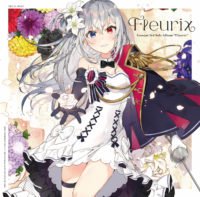