hide 20th Memorial Project has announced a two-date event, SUPER LIVE “SPIRITS” in memory of hide. He was best known as the guitarist for X JAPAN, who are credited as founders of the visual kei movement. But he was also famous for his solo works, hide with Spread Beaver.

The event will be held over two days; April 28 to April 29, 2018, at Tokyo, Odaiba special outdoor stage. With a huge capacity of up to 26,000 over the course of two days, hide with Spread Beaver will be performing awith more acts to be announced at a later date. The official website has requested for those interested to refrain from inquiring about this event and have the patience for further announcements.

As well as the shows, they have mentioned a documentary film to be released in spring next year—a memorial box featuring rare 1998 vocals and images of hide, commemorative books and new merchandise. All of this can be found on their official merchandise site which is currently only available in Japanese, but here is a preview of the products: 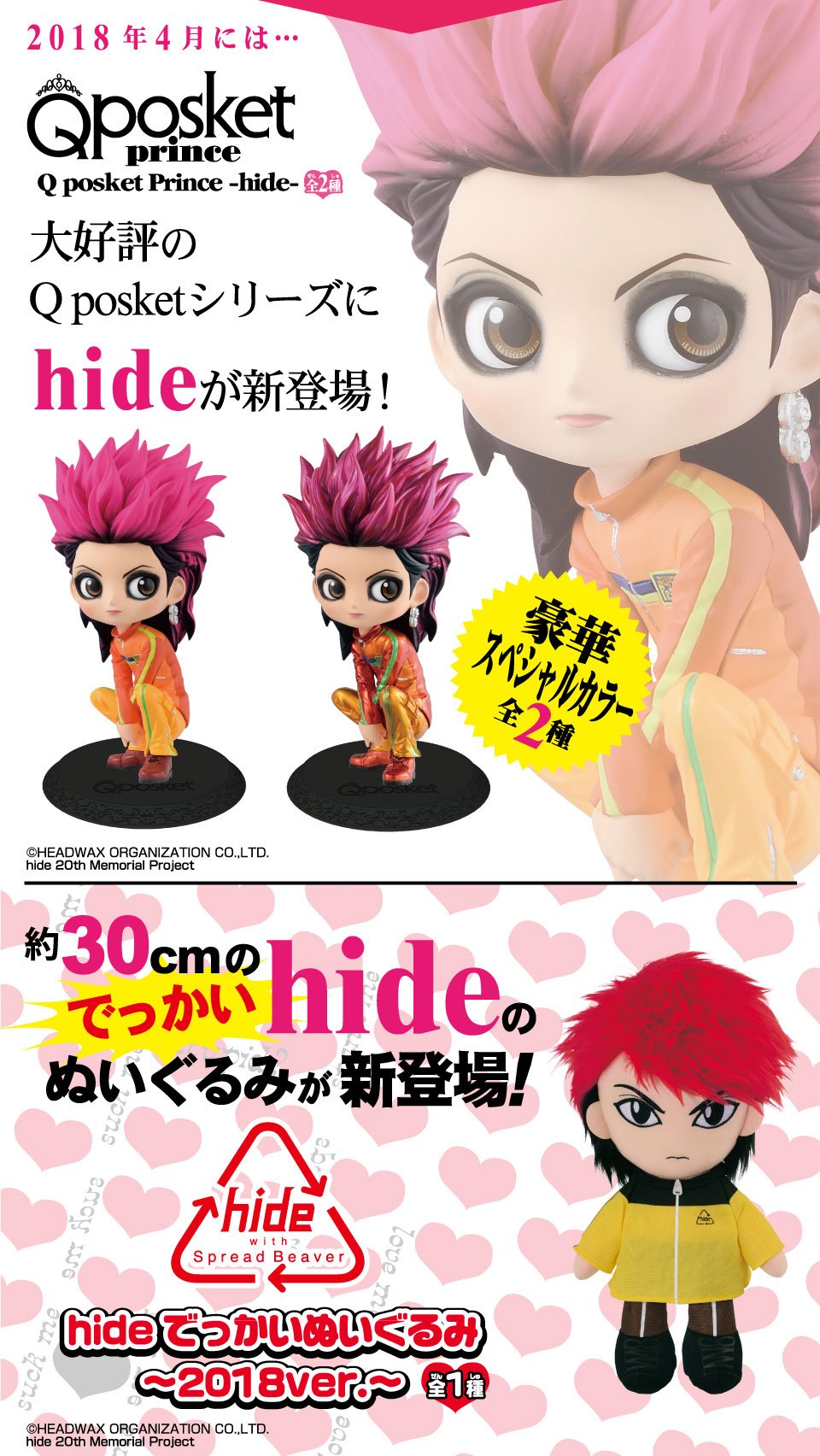 2018 edition of hide figurines in two versions and plushie. 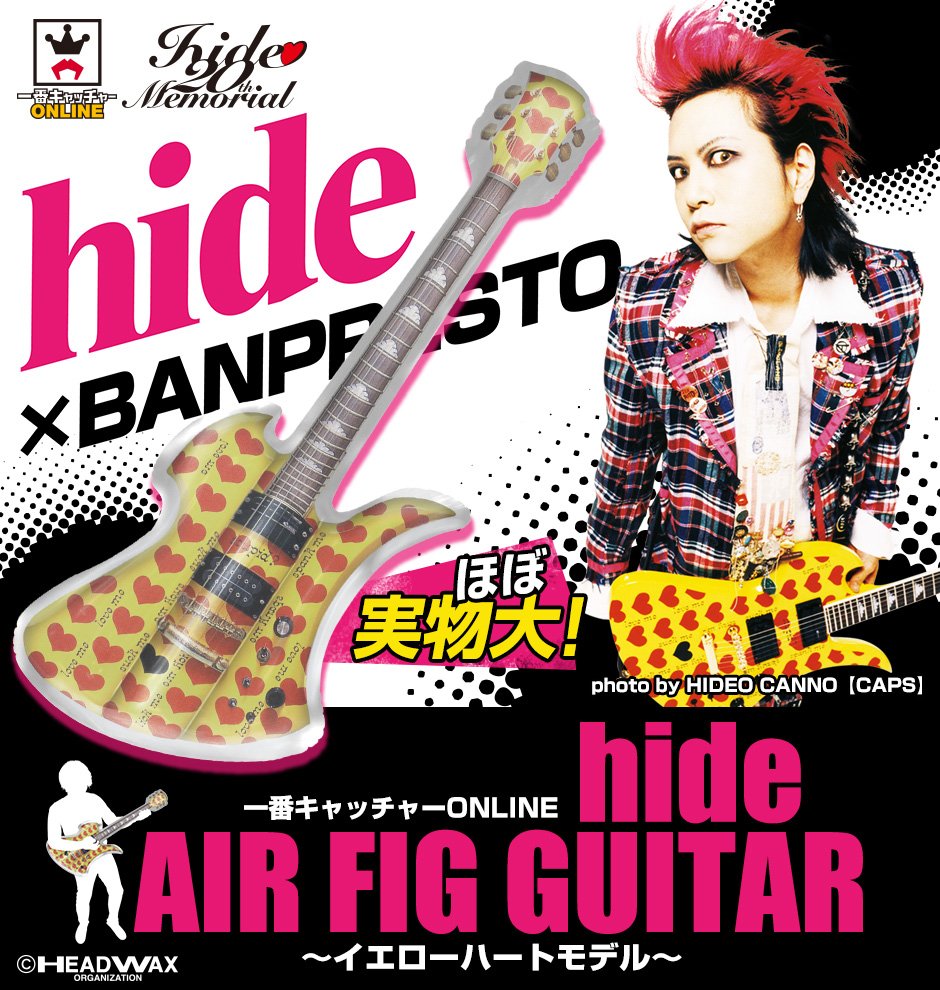 Inflatable “air” guitar. Because why not.