The date of April 29, Saturday, saw two JROCK NEWS writers, Sizergyia and xliz4, attend Cure World Visual Festival 2017 at Shinkiba STUDIO COAST, returning for its second year. Hosted by dedicated visual-kei magazine Cure, that started publication in 2009, the event brought together a total of thirty-seven bands performing across four stages! It was here where they reviewed some of the performances that day, so read on to experience small tidbits from each! 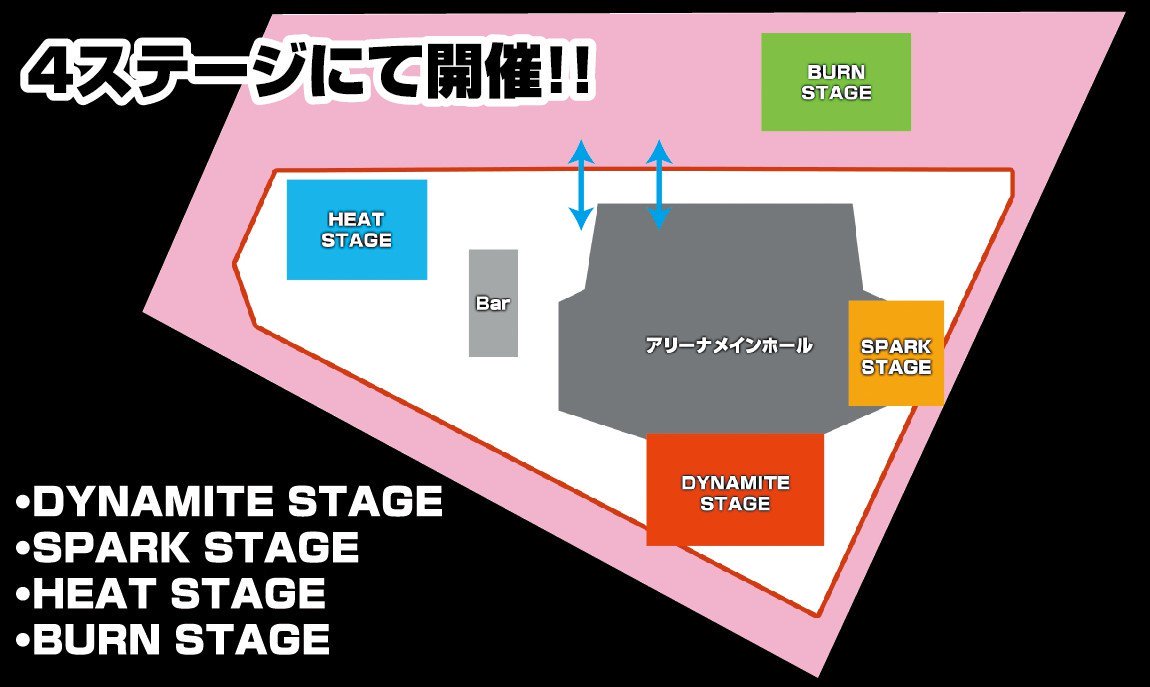 Flashing red lights and pulsating sound effects gets the audience fist pumping as each band member enters the stage, soon enough transitioning to the first song, to ENEMY. Vocalist yo-ka gesticulates, bassist Shoya giving off a cool aura as he strums away, guitarist Kei gets straight into it, hyping everyone up as he goes to the edge of the stage while drummer Tatsuya makes sure he is heard loud and clear.

Hands go up and down for Tousakusho Resistance (倒錯症レジスタンス) with the lights going out before the mischievous-sounding, CRIMINAL BEAST. This gets the room jumping at the chorus and head banging during the bridge while Tatsuya waves around his drumsticks as the SE plays in between parts of the song.

The only thing visible during deadly number is a sea of hair as they head-banging left and right becomes all the rage, taking us to MASTER that has the guitarist and bassist switching sides twice. White lights triggers the crisscrossing of hands before the band stops playing altogether and yo-ka gets fans to sing the rest of the lyrics. 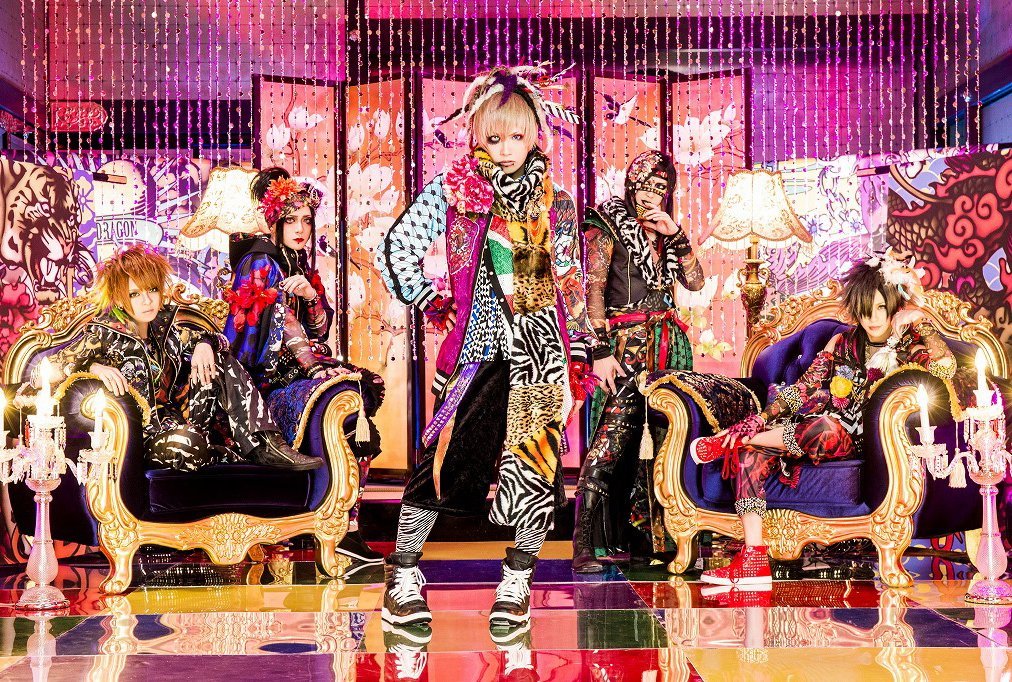 Anticipating the next band has fans turn on their flashing disco-colored rings leading to a mesmerizingly vibrant sea of hands clapping as the SE plays. This is as vocalist Hayato climbs up onto the box and shows off his beaming, carefree smile, alongside the other members taking us to Aria. Bassist meN-meN is actively engaged from flinging his head back and forth to running across the stage.

The fun doesn’t stop there as hands move left, right, up and down for Can’t stop MAD teens that has guitarist Kana thrashing about. Hayato moves his hips around playfully as his smile ceases to fade while meN-meN initiates head banging with bass slaps. It’s very much the same for Kono Sekai wa Owari da. as Hayato has his hand up during the bridge, jumping during the verses and madness during the heavier parts.

Chamu begins drumming on his lonesome to introduce the next song, Zetsubouron, triggering hands to clap along with the band, heads to swing and allows Hayato to take advantage of his whistle throughout its duration. Guitarist Yume steps up to the box allowing him and Hayato to have a moment on stage as the vocalist sings and acts as if he’s telling Yume a story.

Then we reach the last number WARUAGAKI, dictating the left hand to wave first before clapping and doing the same with the right hand before leaving the stage.

When the curtains open, the first thing you notice is Kazuki’s bloody floral suit and weird looking arm, because it’s about two meters long. The crowd laughs when he sways this wooden arm extension around before the band kicks in with their very first hit Kowai Kurai.

As XaaXaa is about to continue with their song Koubi wo Shite yo, which basically means “mating”, Kazuki holds up two cardboard dogs in the mating position. As the crowd starts laughing again he even adds some mating sounds before he throws the dogs away and the band starts playing the song, which is is a mix of funny, almost monotone parts, to dance around to, and heavy growling, to headbang to.

Lastly, XaaXaa chose to play Shizuku, a powerful yet emotional ballad. They played it less heavy than the recorded version, but the crowd clearly enjoyed it as many people nodded along to the music. 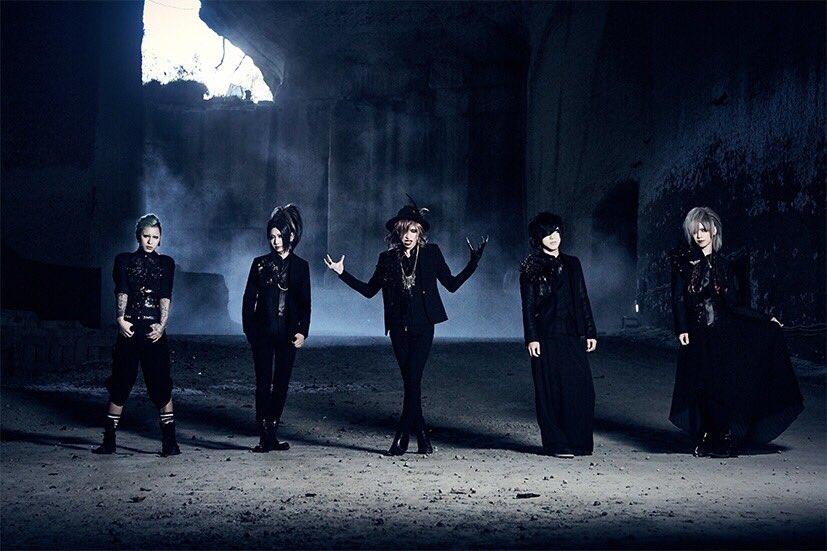 There is an explosive amount of energy, enthusiasm and hype felt as each member rushes onto the stage, take their positions and rile up the crowd as they clap to the SE. It peaks as vocalist Ryouga gets up on the box and begins the set with DNA, an insane but brilliant ride from start to finish.

PRIMARY conjures up nearly the same atmosphere, making heads swing and keeping feet off the floor. Ryouga walks to guitarist Tsurugi to lend him his microphone to scream “Sou Anything, sou Anything” during the chorus and does the same for his counterpart, Koryuu.

This takes us to the hectic Maisou (埋葬) and Ryouga breaking out his best robot dance moves, even going as far as jumping over the barrier to split the masses before going back to the stage, restarting the song again to then collide into each other, finishing on RED ZONE.

The curtains draw back, red lights flood the stage, fans are at a standstill along with the band and silence fills the air as they begin with Makka na Uso. Vocalist Aki looks hopeless and distressed throughout as he sings his heart out alongside hands going back forth for the chorus.

Aki’s face changes just as quick as the mood in the room as he licks his lips and props himself on the box with drummer Tamon swaying along with the crowd to the intro of (Watashi) to “Rikai”. Guitarists Kuruto and Nao switch places and bassist Shohei moves to the front before entering a typical bass position.

Their performance turns into a festival with omit. and has the guitarists swaying this time alongside a call and response vital for participation. Chaos ensues as Aki splits attendees into two groups before crashing together for Happy Set and Dame Ningen looks as if he’s orchestrating all the humans in the building.

There is no doubt that guitarist Yutori takes the limelight as he jumps up and down like a spoiled brat and acts a bit like a troublemaker as he plays the solo for Shonen Warutsu on the barrier. He nearly drops off the barrier entirely while singing the first part to Dorama and there is even some role-playing between him and vocalist Chizuru that keeps it interesting.

There is a wall of death, synchronised chaotic jumping from side to side and clapping for Dou Demo Ee Kedo before finishing on the dance number, CRAZY TRIBE. This sees the repetition of the phrase, “YEAH! WE ARE THE PARTY” for the rest of the venue to also do the same, especially when it comes to the dance interlude.