ShuU, the former bassist of girugamesh and current bassist for KEEL, has announced his own solo project! This project is called MR. 8, and his first single, Mister Eight, is already on sale since January 27! But there’s more coming already, as his first mini-album, 8, is already slated for an April 19 release.

But there is still more from ShuU! Apart from the musical aspect of this concept, ShuU also created a corresponding clothing line with the same name. A section was created on ShuU’s clothing webshop, THEE MAD COUNTRY STORE, where you can pre-order his new items, which for now only include a shirt, a keychain, some postcards, and a bag. You can even buy all four items together as a set when they go on sale at the end of February. Check out the items below: 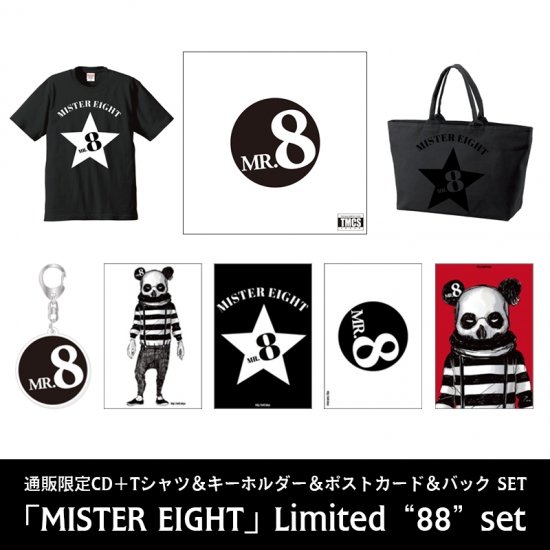 While the aforementioned mini-album already has a title and release date, it still doesn’t have a tracklist nor an artwork art yet, so keep checking back for updates!

Update: Some misleading information concerning ShuU’s line was corrected. Originally, we had wrongly written that Mister Eight was a brand on its own, when it is only his newest line for his already existing brand, THEE MAD COUNTRY STORE. Plus, we had written that the items were already on sale, when in fact are only up for pre-order. Thanks to Shadan Fukai for the heads up!