You may have noticed I have been away for a while. A week ago, I was on a tour around Taiwan’s capital, Taipei, and learned something about the country which I would love to share with you. It is a little strange to see a post about Taiwan on this site, but you should know that Taiwan was under Japanese rule from 1895 to 1945. At the end of their 150 year reign, they left behind some of the many cultural treasures we relate to Japan. Even today, when you look at menus and signs you may notice there is always Chinese, Japanese, and also English. So sit back and allow me to take you on a tour to a culturally rich adventure about my tour in Taiwan.

On the flight towards Taipei, we stopped off at McCafé inside the Hong Kong airport. McCafé could be said to be a smaller, but classier McDonalds which only serve coffees, tea, muffins and macrons. What had my mouth watering was the Iced Soy Matcha Frappé (I should add that it was free to add cream on top). I highly recommend everyone try this as it was the best matcha drink I’ve tasted. After finishing the drink, I hopped on a two hour flight. Before I could sit down for a breather, I was already touring the famous Shenkeng Tofu Street, and sampling a strangely creamy matcha tofu ice cream. Matcha, also known as green tea, does not have the strange seaweed taste or smell in Taiwan compared to the Japanese matcha. Have a smell next time and let me know what you think. 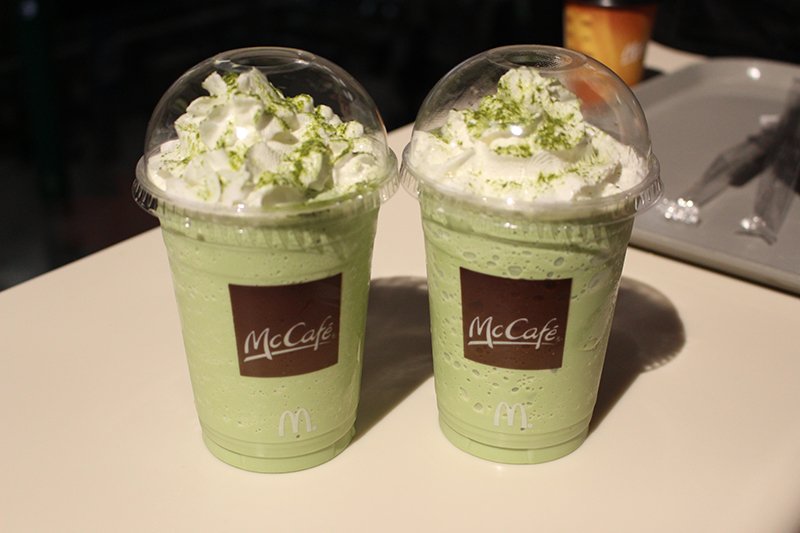 To quench my thirst from the weather that was hotter than the sun itself, I made my way towards some vending machines. You’ll tend to find some dotted nearby the metro stations, stocking a huge range of sodas, coffees, and energy drinks. Most of the machines had Japanese only signage and instructions, but assuming a vending machine is simple enough to use without much direction, why bother translating when it’s simple enough to use, right? I picked up Pocari Sweat (ポカリスエット) to help with hydration. Apparently, it is meant to have a light grapefruit taste to it. 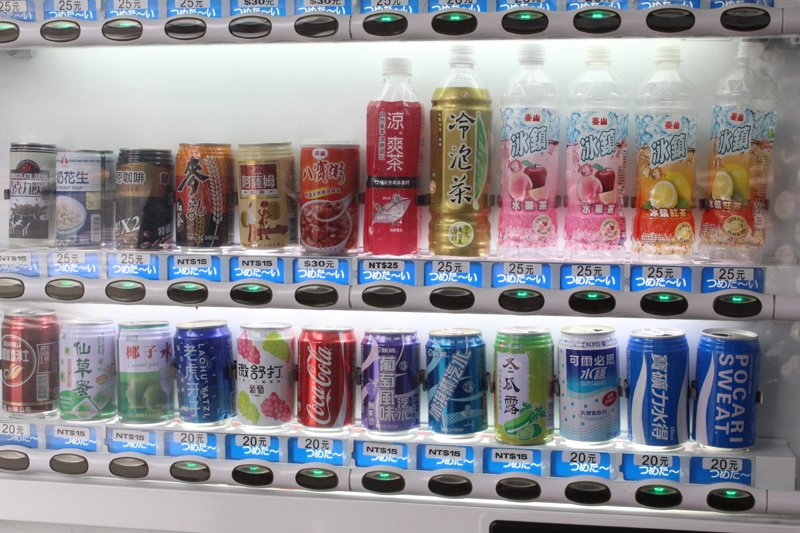 You should always say “Ahh” after the first sip to symbolise it’s refreshment. Just kidding.

The next day, I headed towards Ximending (西門町), which is also known as the Harajuku of Taipei. It’s overwhelming how so many amazing clothing and food stalls can be packed into such a small space. I picked up some cosmetics from the famous Korean brand, Etude House, which is as equally famous for giving away a lot of freebies. Across this street, there are many cute dogs, some of which were mascots for a branch of restaurants called Risotto. If you ever visit Taiwan, you’ll notice that the people love animals, so much that you will most likely pass a dog walker or a free roaming cat every five minutes. Another amazing shop to point out is Mana, which specialises in alternative style where I picked up some fabulous asymmetric tops and harem pants.

Taiwanese try very hard to speak English, and when they can’t, they tend to try a lot of friendly arm gesturing. Compared to most cities, I would say Taiwanese are the most tourist friendly. 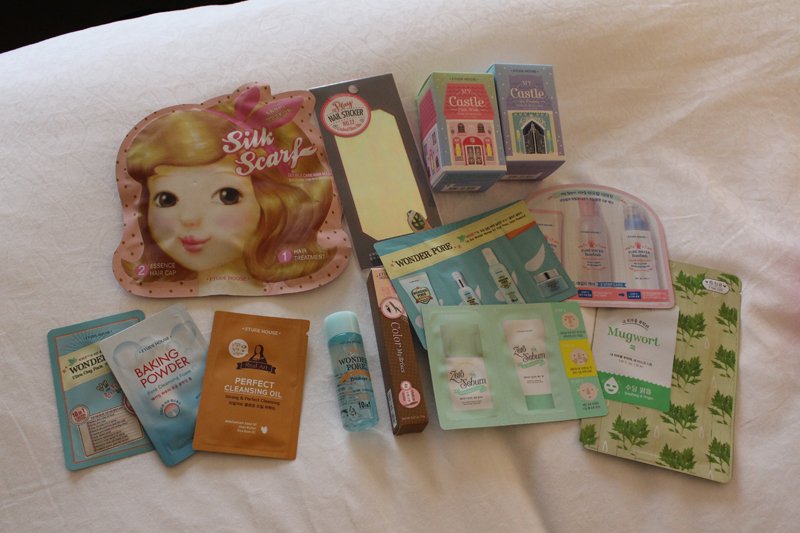 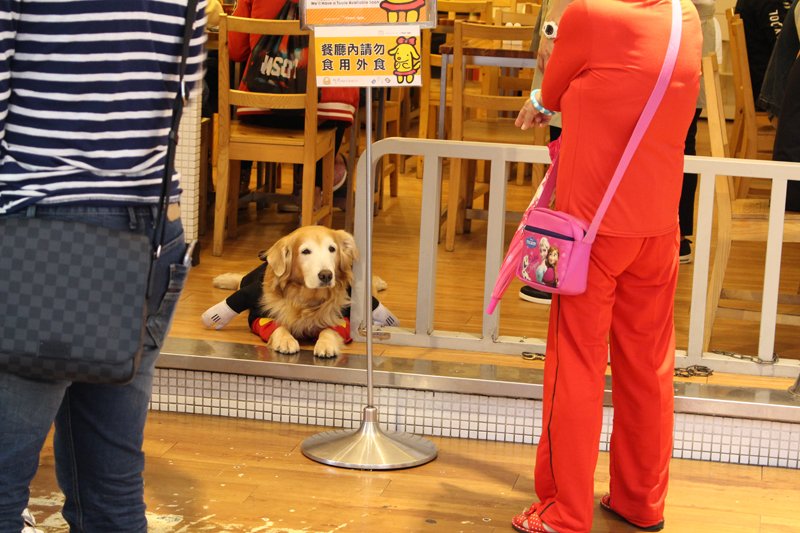 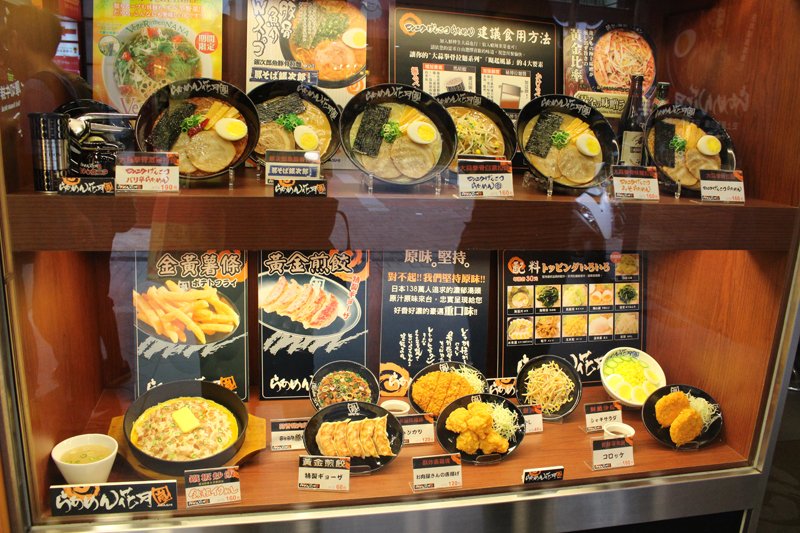 The third day, a coach took us up an incredibly steep mountain village called Jingtong (菁桐), originally a village of the Taiwanese Plains Aborigines called “Akau”, which means “the forest”. Today, this village is popular for wish making, thanks to its bamboo charms and flying sky lanterns. Of course, I took the opportunity to wish for something amazing.

My wish written on a sky lantern. 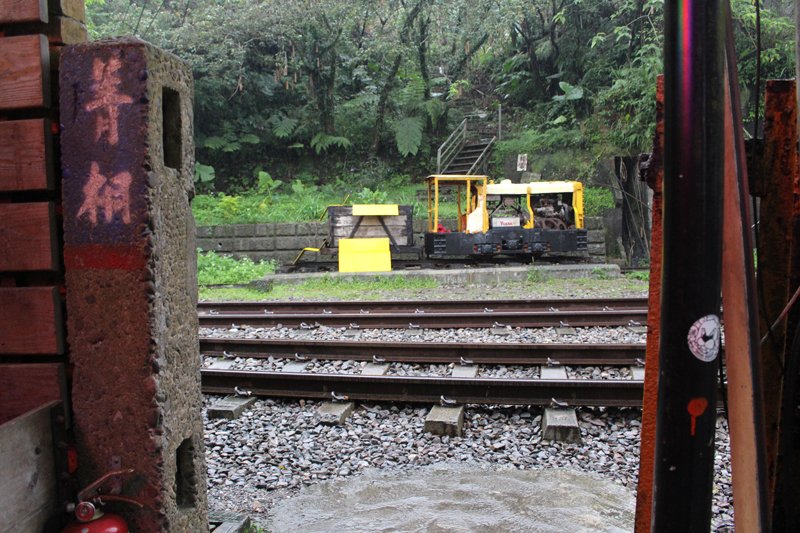 A little train which use to carry coal from the mountains.

Cat sneaking off onto the train tracks. 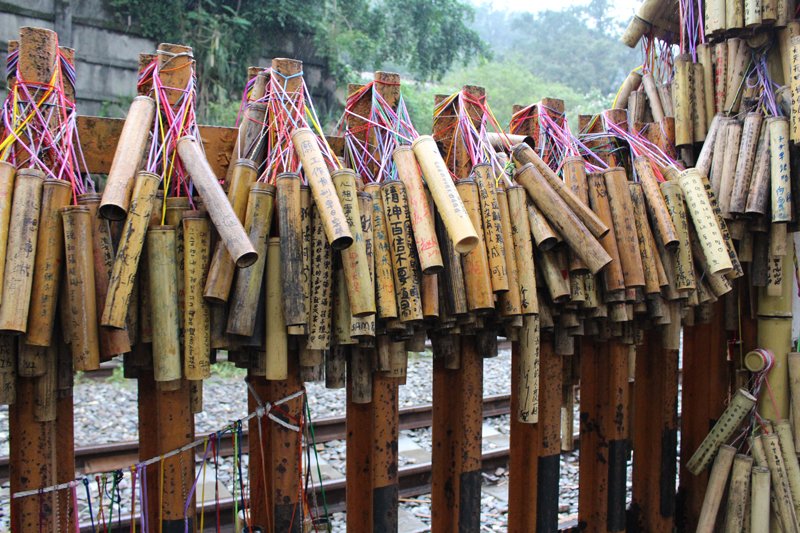 Tall structure next to train tracks which are still in use to this day.

In the same village, we came across a craftsman who created hand-made ukuleles. The sound that resonated from the little wooden instrument was such a high quality, it was a shame I did not bring one back home. Take a look at the video of the master at work. 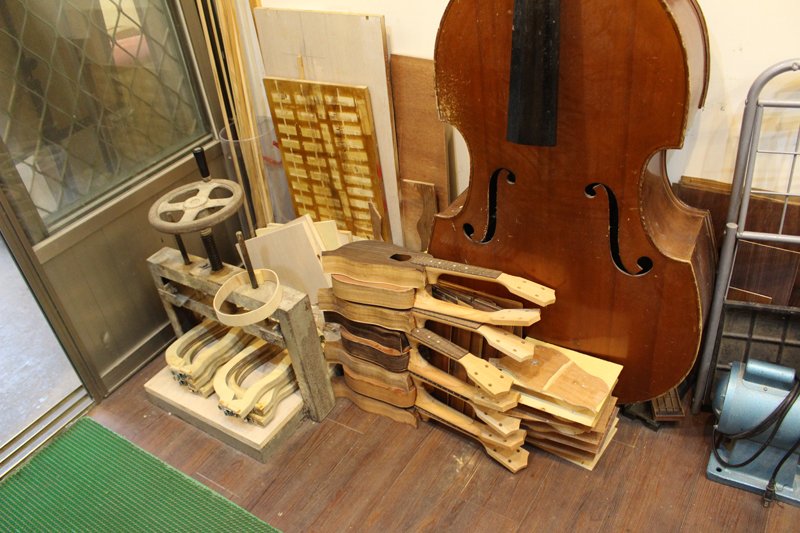 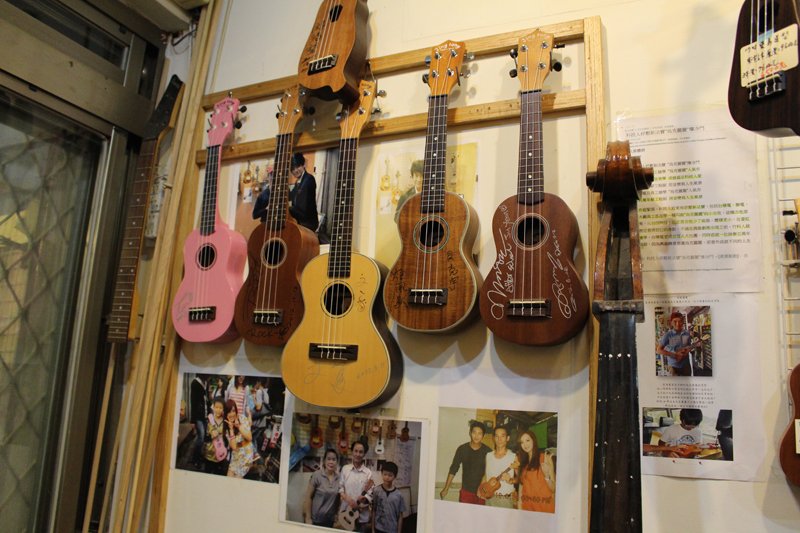 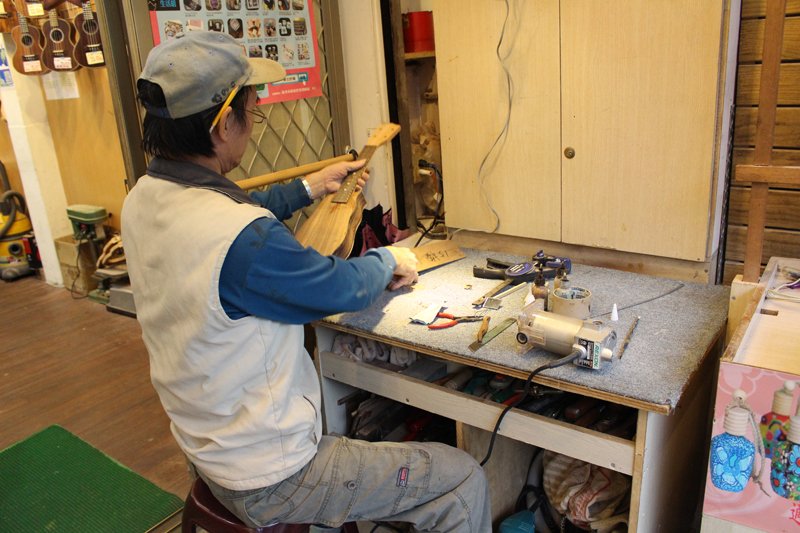 Travelling once again, we headed to Jiufen (九份). It’s be interesting to point out that Hayao Miyazaki (宮崎 駿), the co-founder of Studio Ghibli, visited and took inspiration from this place for his work, Spirited Away. Take a look at the photos below and you can begin to understand the scenery, lighting, and the atmosphere overall is very similar to the animated film. 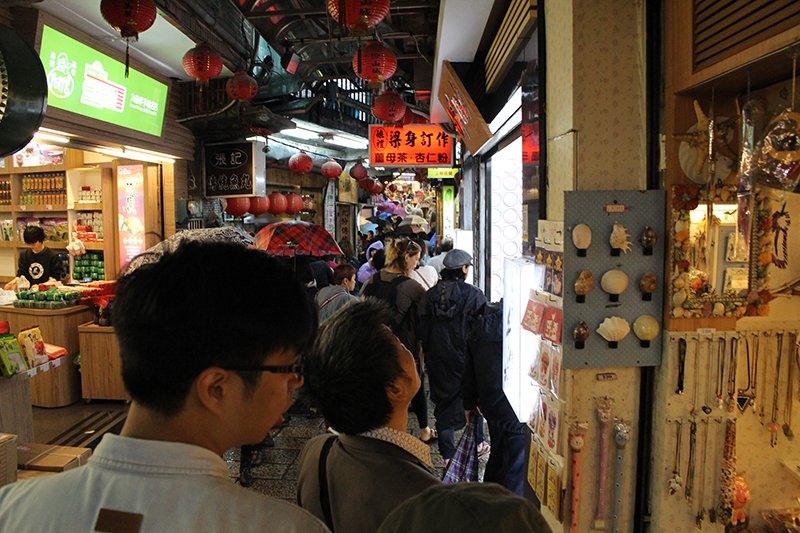 Shop signs dimly light up the busy street in a village which rains 360 of 365 days. 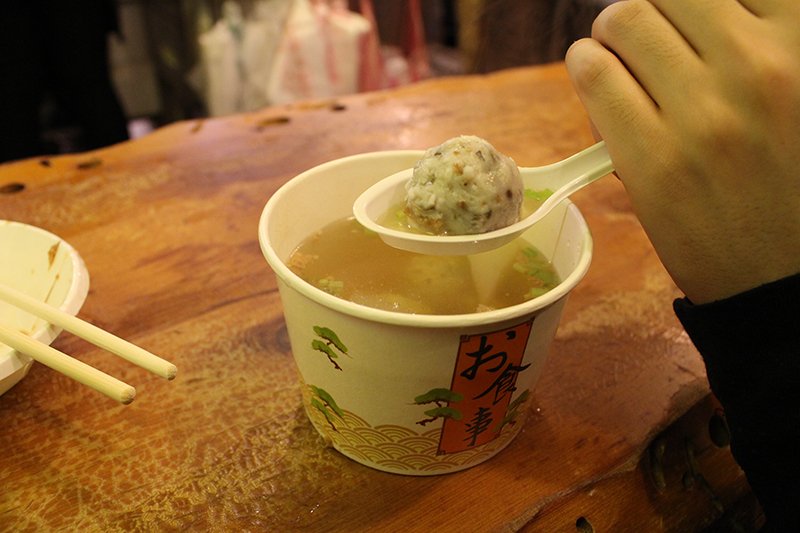 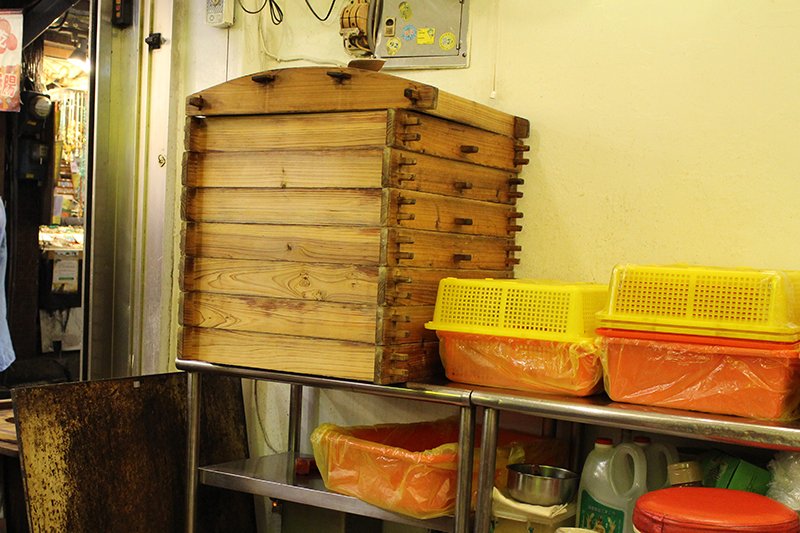 Stack of wooden steamers for dumplings

Finishing off at the hot spring resort, we stayed at a hotel which had both private and public spas. I opted for the private one as I was not ready to be completely nude in front of strangers. In this bath, there was the usual shower head with stool and bucket, and a deep tiled bath with three taps: a cold tap, a hot tap, and a natural spring water tap. This last tap allows you to fetch hot spring water straight to your bath, and it is even possible to get spring water to your house, should you live in the area, simply by paying extra on your water bill. They say that bathing in this water can give you silky, soft skin.

Drink plenty of water during and after the bathing process, and take your time getting in and out the bath to prevent fainting. 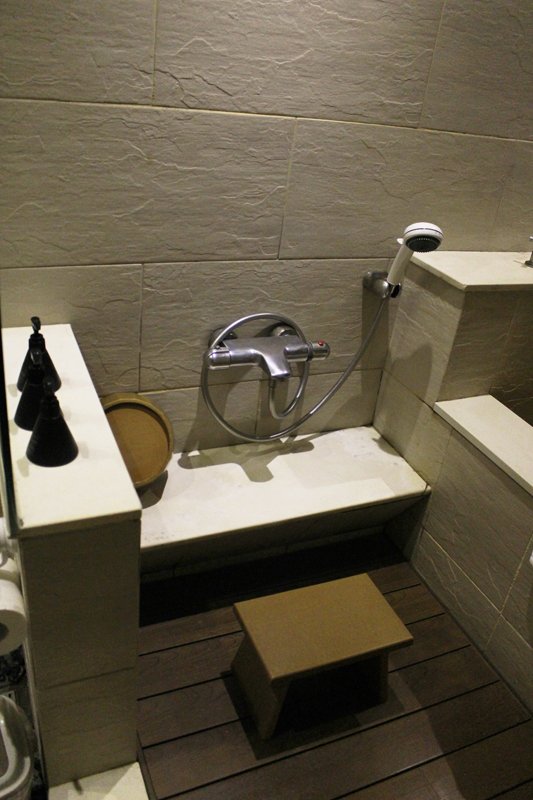 Did you know that there is a technique to bathing?

First you have to wash your hair and body thoroughly at the shower with soap and shampoo whilst sitting on the stool. It is fine to splash water onto the floor as it is a wet room with drains on the ground. When you are clean, slowly get into the hot bath, ensuring that you do not submerge above your heart for the next three to five minutes. When time passes, slowly get out of the bath and take a short break. During this, you can splash yourself with cold water using the bucket, before getting back into the hot water. Repeat this process for up to six times for the spring water to give you to softest skin.

That comes to and end of my trip to Taiwan, I hope you have learned some interesting facts! Thank you for reading.