This week on Nichiyobi no Nostalgia is a band that may be remembered by few but had an incredibly strong creative force behind their music. Nagoya-kei, as it’s known now, would not be the same without the band known as berry.

Starting in early 2001, berry was formed by ex-KUSSE members, vocalist Hazuki and drummer Naoki with the addition of Yairi (ex-spiral knife) on bass. As a three-member band they were supported by Naoto (ex-Otogi) on guitars and released a demo-single entitled “Blood Pool/Shower Room Cinema” a year after their formation as a free distribution. Later in November of 2002, they released their first mini-album “Hakuchi” with six new songs. The mini-album was limited to 1000 pieces and quickly sold out.

In December, they released their final piece of music: a song called REWIND on the omnibus album “Yougenkyou-sea-.“ After playing with bands such as JILS, deadman, and COCK ROACH, they disbanded after their final live at SHIBUYA MUSIC FARM on the fourth of July in 2003. In their final live entitled “The Last of Death game.” they played twenty songs including three new songs and a cover from the Final Fantasy VI soundtrack before calling it quits. But these Nagoya rockers were far from done. 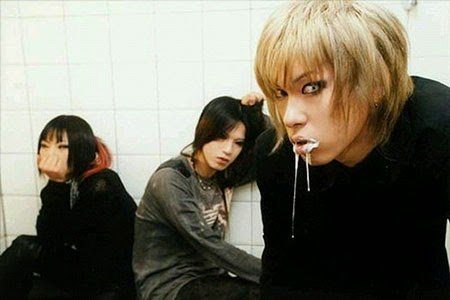 For fans of Nagoya-kei, the name Hazuki should be one very familiar to you. After berry disbanded, he would go on to form the incredibly popular band DEATHGAZE in the same month that berry had their last live. He wrote and recorded one release with the band and ultimately left to start a new band: lynch. Since forming in 2004, they’ve gone on to release seven albums and over ten singles and continue a strong live presence. They would even go to rewrite and re-record a former berry song called “rasen” and release it on their first album “greedy dead souls.” As it seems now, lynch. won’t be ending any time soon. You can follow his current activities through his twitter.

After the disbandment of berry, bassist Yairi was involved in quite a few short-lived bands. He played for Lodz, DAZZLE, and ℃ until forming Schwein, an interesting band that had no guitarists in its first release. The band would pause activities sometime in mid-2009 and eventually fizzle out. Then in 2013, Yairi would support the band Corpse Corps until ultimately being asked to be an official member, where he plays bass currently. You can follow his current activities through his blog or his twitter.

Naoki would follow Hazuki when he formed DEATHGAZE and plays drums for them to this day. The band has gone through several line-up changes, but currently, vocalist and former bassist Ai and Noaki remain the only original members. Even Naoto, whom formerly supported berry would play guitar for DEATHGAZE before leaving in early 2009. Unfortunately, his current personal status is unknown and he may have retired. You can follow up on Naoki’s activities through his blog or twitter. 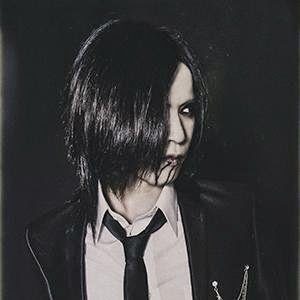 Do you feel that Nagoya-kei would be where it is currently without berry? Or were they just another short-lived VK band best forgotten? Are you a fan of lynch. or DEATHGAZE?

Let me know how you feel in the comments, but please, always remember: never forget.