UNDEUX has revealed the full-length music video for their third maxi-single “Andou no GANGIMA otome ~koyoi, Gangi Masquerade~” (安藤のGANGIMA乙女～今宵、ガンギマスカレード～) which is due to release on November 6. Besides the title-track, the rest of the tracklist is yet to be unveiled but confirmation has been made that the single will be released in regular and limited editions, each consisting of three tracks, with the limited edition also including a DVD.

This music video brings another feisty and energetic song to UNDEUX’s growing discography and feeds into the growing collection of humorous facial expressions by vocalist, Mira. The video also brings a reckless story where drugs and women are involved, so if you’re sensitive to these type of things, please keep that in mind before diving in.

This release comes as the second part of UNDEUX’s previously announced three-month consecutive release campaign. Starting with the first live-limited single “Andou no satsujin baddo ~ unkiri to kagayai kyoukou ~” (安藤の殺人バッド～怨切りと赫い凶行～) due for an October 3 release, then moving onto the mentioned maxi-single, and ending the campaign with the online-shop exclusive single “Andou noXXXXXXXXXX” (安藤のXXXXXXXXXX) to release on December 1.

With the revealing of the music video came UNDEUX’s artist photos showing a new stud-covered look for the “Andou no GANGIMA otome ~koyoi, Gangi Masquerade~”single. 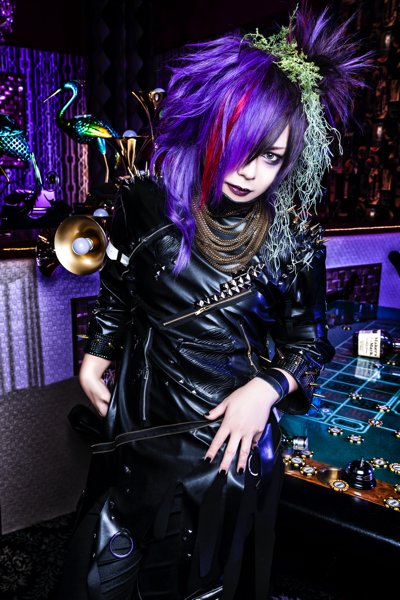