the Raid. brings out the fancy traditional Japanese outfits again for their upcoming single release Kagomeuta, out on July 24, in which they just released a new music video for. To a surprise, in the music video Kagomeuta, not only are we able to see the delicate side of the Raid., but in contrast, witness Seiichi Hoshiko (“Visual kei Oyaji”) star as a carnivorous lead in the B-rolls story! What a shocker!

Those who followed our Hoshiko interview series, or personally followed Hoshiko on social media, we all know how sweet and humble he is. However, in this music video, Hoshiko is displayed in a carnivorous light and fully takes advantage of a defenseless lady.

The name of the song Kagomeuta (籠女唄) might ring a bell for some of you, as this is a reference to the Japanese children’s game “Kagome Kagome”, a game where children chant a song while circling a target. Normally, “kagome” (かごめ) would be interpreted as “a caged bird”, but in the case of the Raid., you will see in the music video that they’re going with the more adult approach; as “kagome” is spelt “籠女” it is suggested that Kagomeuta means “The pregnant woman’s song”.

Watch the full music video below and see how manly Hoshiko-san can be!

We also took a look through the comment section on YouTube and found many of the commenters point out Hoshiko’s surprise appearance, praising his work, and even calls him “cute”.

Guitarist bo_ya took the opportunity to snap a photo with Hoshiko during the shoot: 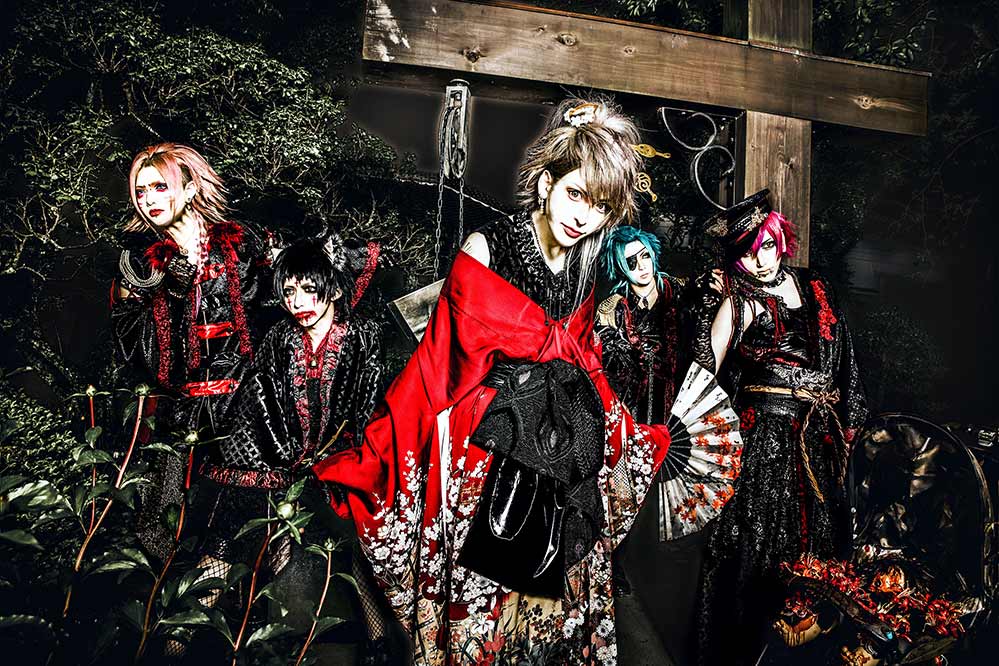