Do you feel the need to look for some new visual kei bands? Your search may soon be over, as new band Leetspeak monsters join the scene with a new music video! The band, who is about to release their first mini-album, has been on the scene since around 2009, but after a name change and a new contract under GLK Music, they have re-surged this year and are ready to spook you with their monster-themed visuals!

The band is comprised of vocalist and rapper D13, guitarist Yo’shmeer, Bassist Euskyss, and drummer DieWolf, for a four-man band that are here to slay!

The band’s newest release, Storyteller in the Strange Night, will go on sale beginning September 20, and to promote the release, the band has released a new music video, which can be seen above! The song shows vocalist D13’s catchy rap style and very good English skills, which bring something a bit different to the visual kei table, despite the fact that the monster theme isn’t exactly original. However, if theatrical aesthetics and bands like Grimoire are your thing, then this is the band for you! Check out their video above. 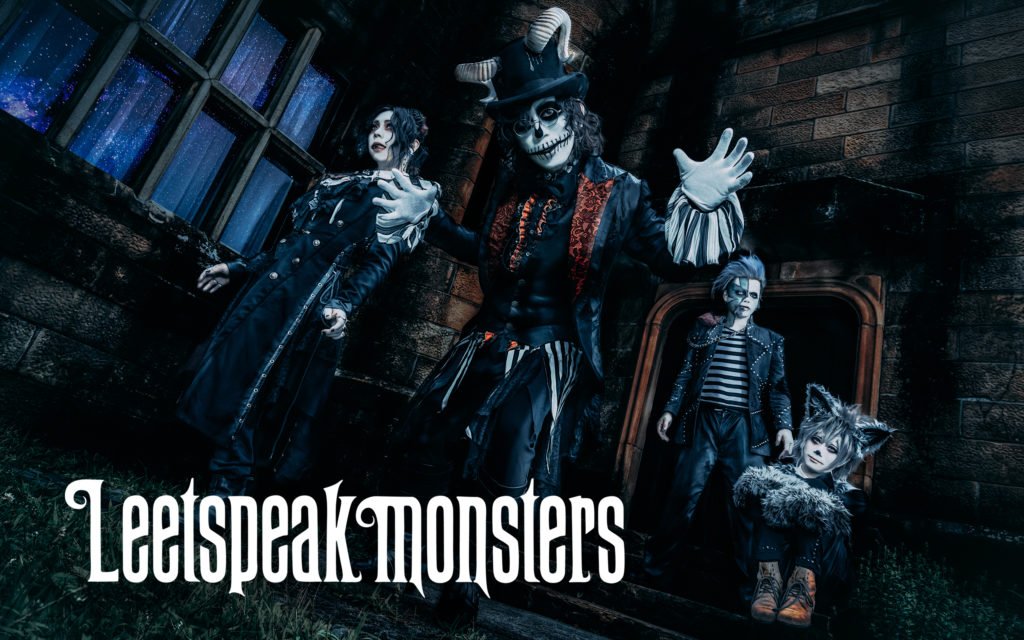 This is the band’s second release so far, the first being a single by the name of Monster’s Party, check out the music video for that release and let yourself be captivated for once and for all:

If you’re interested in this band, then you’ll want to pre-order the CD now! Let us know what you think of this band in the comments!

Storyteller in the Strange Night