This month, visual kei band The Brow Beat dropped two major bombshells—first, they graduated from indies status and will make their major debut on label Pony Canyon this Spring! Secondly, their new single Harevutai will be the opening theme to the upcoming anime “Yu-Gi-Oh! SEVENS” starting June 20. Both vocalists are very excited about this honor.

The announcement came at the end of a three-day-long online concert held from May 6–8. The three performances called “Prologue”, “Epilogue: Opposition”, and “Epilogue: Shoot” respectively, were originally meant for a live audience but were canceled due to the ongoing state of emergency. Making the best of a difficult situation, the shows shifted to an online streaming format and marked their final live as an indies band.

The Brow Beat is composed of two strong vocal leads, actor Ryuji Sato, and HAKUEI of PENICILLIN, Litchi Hikari Club, and solo fame. They incorporate a range of genres from heavy to alternative, and their songs burst with energy. Their lyrics often weave stories referencing Grimm’s Fairy Tales and a dark fantasy theme. 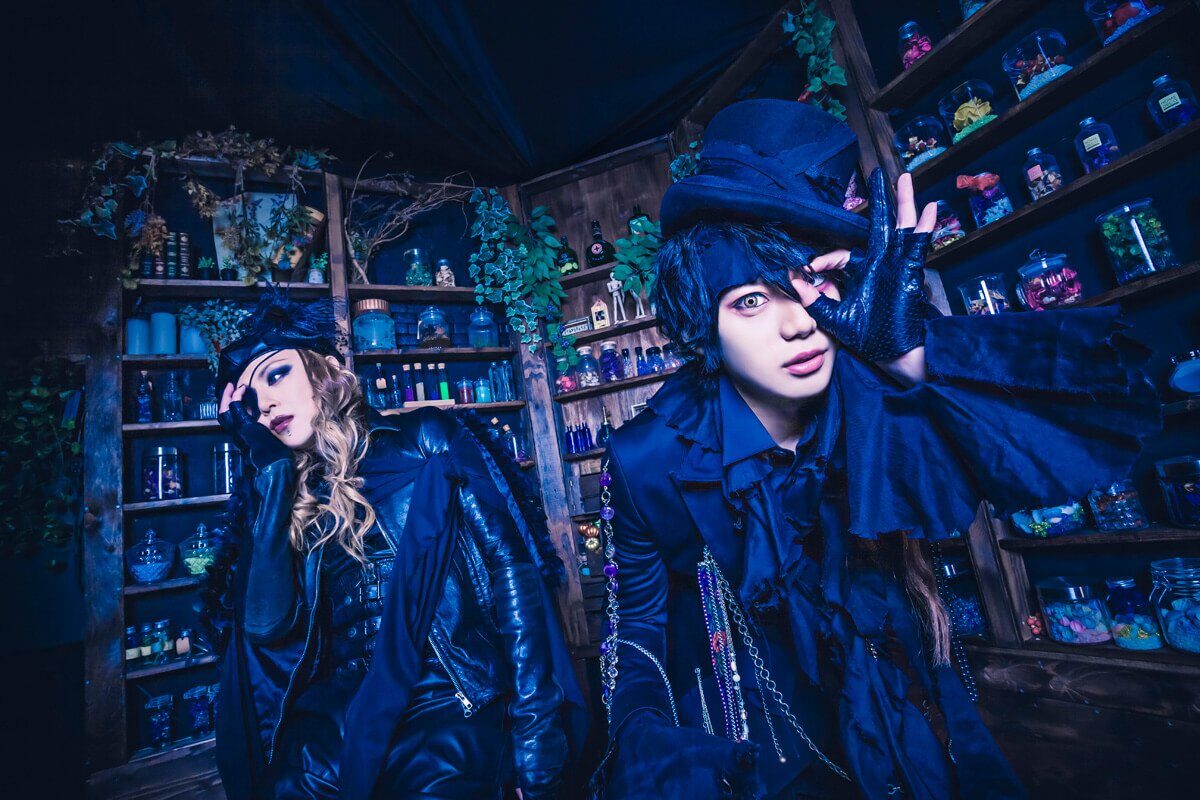 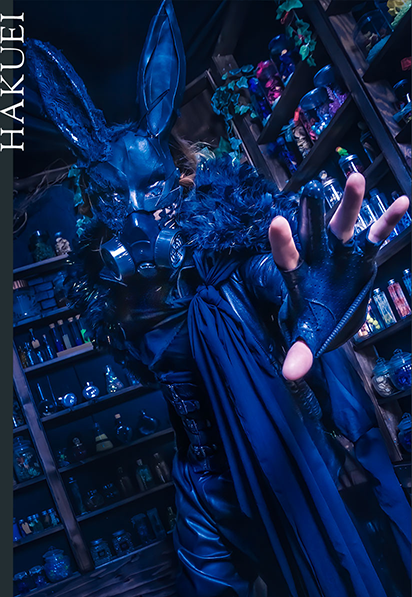 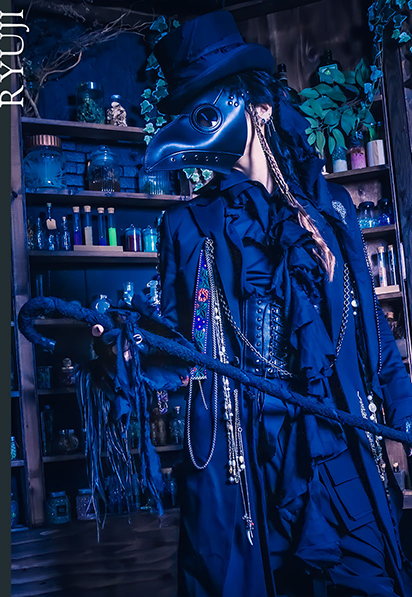 The single harevutai will be released on July 7 under the label Pony Canyon. There will be four types available, all with different levels of extras and additional songs, so please check out our plug to CD Japan below to peruse the offerings for yourself. Using the serial code, buyers will be able to apply for admission to a special online streaming event and details are to be announced. Admission will be given on a first come, first served basis. Since the number is limited, it may sell out within the application period, so we recommend that you purchase and apply as early as possible!

As far as the obscure single name, harevutai seems to refer to a special live venue in Ikebukuro which features state-of-the-art theatre equipment including sound, lighting, and video. This theatre can also host CG lives, something which has been on the rise along with the popularity of virtual idols and Youtubers. The venue’s logo can be seen on the single announcement for harevutai and is also linked on the band’s official website. 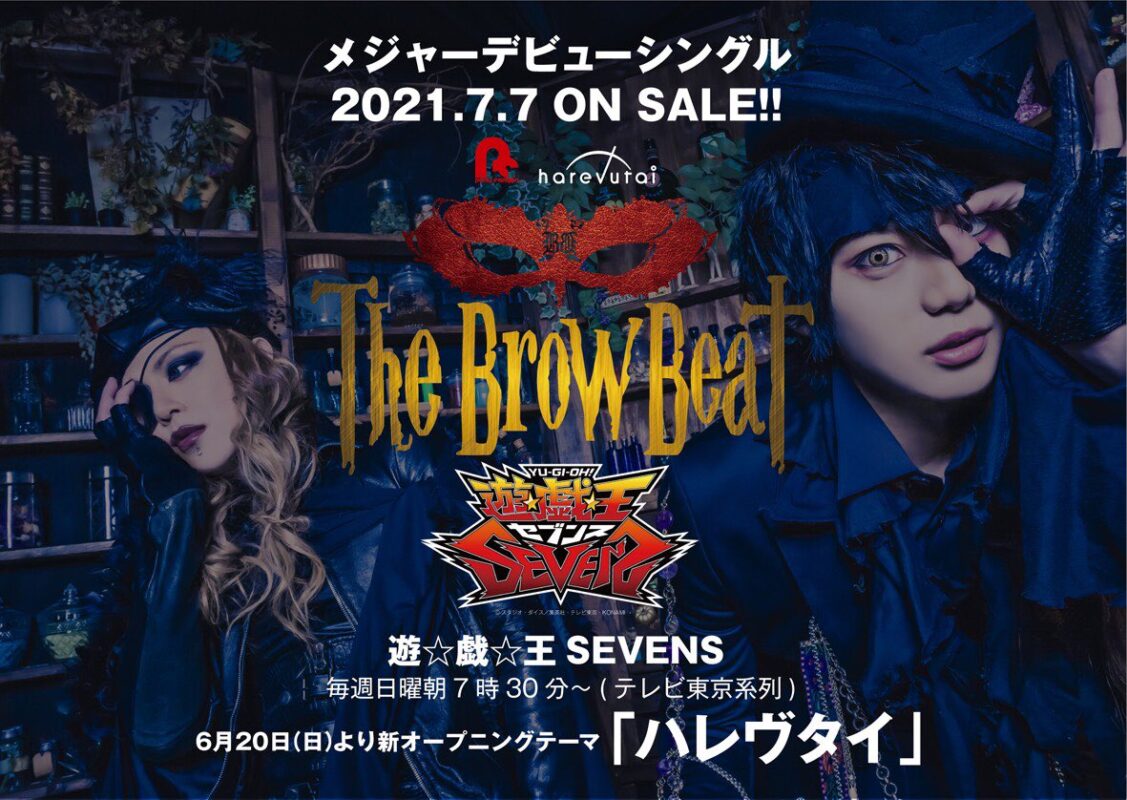 Special announcement for the new single, including the venue harevutai’s logo on the upper right.

Considering vocalist HAKUEI’s interest in manga, it comes as no surprise that he should be involved with an anime staple such as the “Yu-Gi-Oh!” franchise. The new series “Yu-Gi-Oh! SEVENS” will follow an elementary school student as the protagonist for the first time, and will introduce a new mode of face-off called “Rush Dueling”. Harevutai will be a speedy and energetic song reflecting the intensity of the Rush Dueling concept.

When I was a kid, I was absorbed in playing “Yu-Gi-Oh” with my friends. It’s like a dream to let me do the theme song. It’s an important “sunny stage” for The Brow Beat.

I hope to embellish one of the best anime series with this new song. I hope you will listen to it many times.

I’m only worried that children will cry when they see HAKUEI. He loves children, though.

Yu-Gi-Oh is my favorite anime, so being given the responsibility to perform the theme song is like ascending to heaven.

Oh, I forgot to introduce myself! Hello, I’m HAKUEI.

With such enthusiasm from both vocalists, we are excited to hear their soul and love for the series poured into the new song. As for the mysterious connection to the venue, we will have to wait on the edge of our seats!

Update 2021-05-11: It was previously stated that HAKUEI was a former member of PENICILLIN, this has been updated as HAKUEI is currently active in the band. 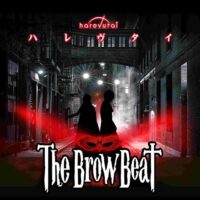 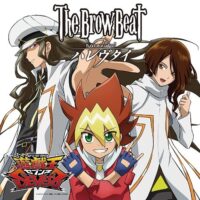 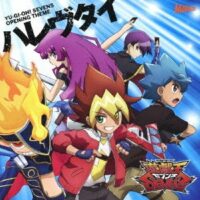