Cö shu Nie releases a cinematic music video for their latest single give it back which is out on digital platforms since January 22. The trio delivers an emotional ballad driven by the passionate performance of vocalist Miku Nakamura who also co-stars in the music video. The song serves as the ending theme for the second cour of the anime Jujutsu Kaisen.

The single give it back will later be released in physical format on March 10. The CD is now available for pre-order in two limited editions that will end its manufacturing at the end of July. The amount of tracks included is yet to be confirmed although it is specified that each edition will have a different tracklist.

Jujutsu Kaisen follows high school student Yuji Itadori who joins the Occult Research Club where his friends unintentionally unseal a cursed talisman in the form of a rotten finger. The talisman attracts creatures named “curses” and turns out to belong to a demon named Sukuna Ryoumen, the “King of Curses”. Unable to defeat them, Yuji decides to swallow the finger in order to protect his friends. The sorcerers now want to exorcise Yuji alongside the demon but he appears to be in control of his body despite being possessed by it. His teacher Satoru Gojo proposes an alternative plan to finish the demon and postpone Yuji’s death.

Update 2021-02-15: The previously reported “upcoming EP” has been corrected to “upcoming single”. The tracklist and artwork of the limited editions are now up to date. 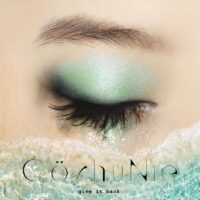 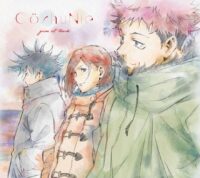