Reol has just finished its music video premiere for the latest digital single THE SIXTH SENSE (第六感), launching it on July 29 at midnight (JST) on YouTube. At the same time, the song went live on major digital platforms for purchase and streaming. Finally, we have been bestowed the full-size version of the extremely dance-inducing song, which also is used in the nationwide commercial “BOAT RACE 2020”.

Coming at no surprise for Queen Reol fans, THE SIXTH SENSE was composed by both Reol and her sidekick Giga. As for the lyrics, Reol is responsible for that, while Giga took charge of the arrangement.

Considering the usage for the event BOAT RACE 2020, the music video displays occasional shots of water scooters. However, predominantly, we are treated by futuristic visuals and contrasting traditional Japanese outfits.

Go ahead and dance the rest of your day away with the electronic-filled, punchy, and funky song that is THE SIXTH SENSE!

Moreover, for this single, Reol participated in YouTube Music’s “Artist On The Rise” campaign which promotes notable artists who have joined the YouTube Music platform.

On Twitter, we’ll find some off-shot material as well: 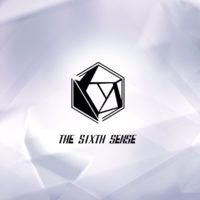