This interview was originally published by “club Zy.” and Vijuttoke in Japanese. The partnership was forged with the aim to popularize Japanese visual kei globally. Learn more about our partnership here.

Through two singles released in two consecutive months, they showed us two faces of their music, for two different worldviews.

Strengthening their identity without hindering their unstoppable evolution, DIAURA is finally back here at Vijuttoke! 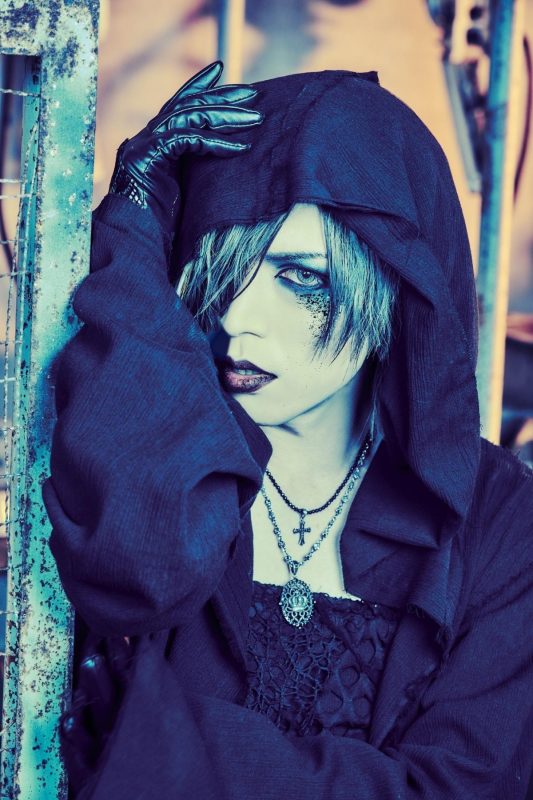 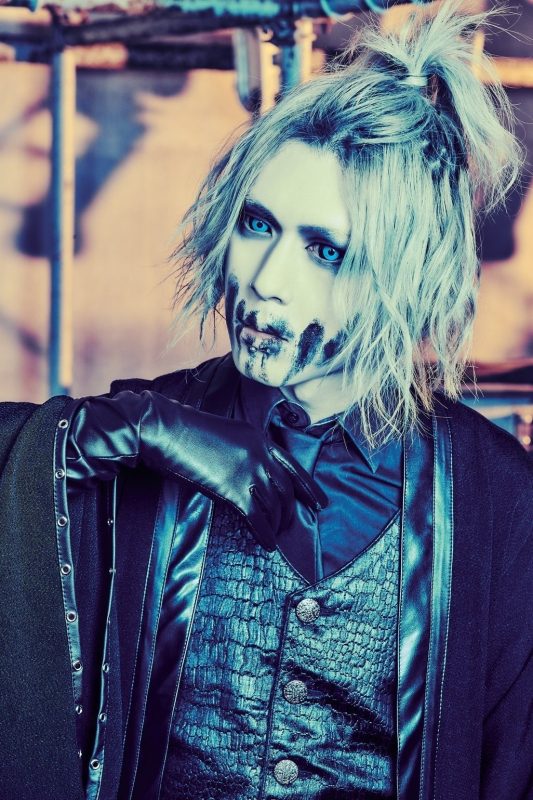 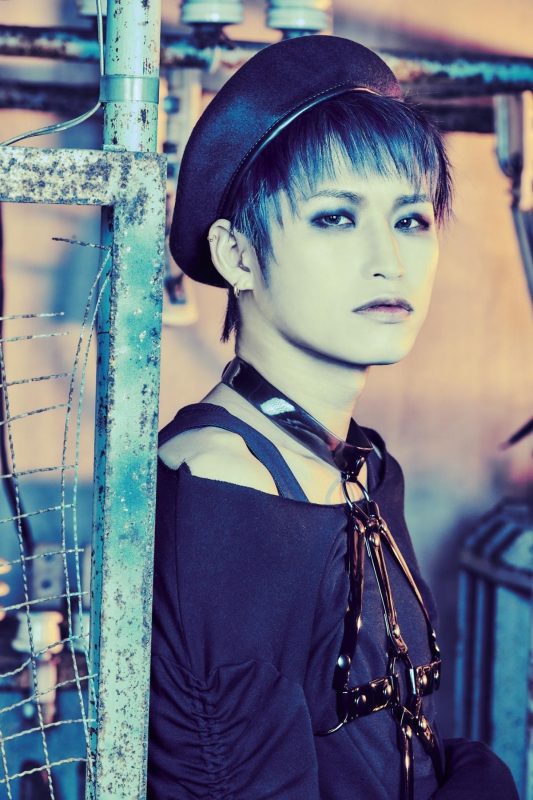 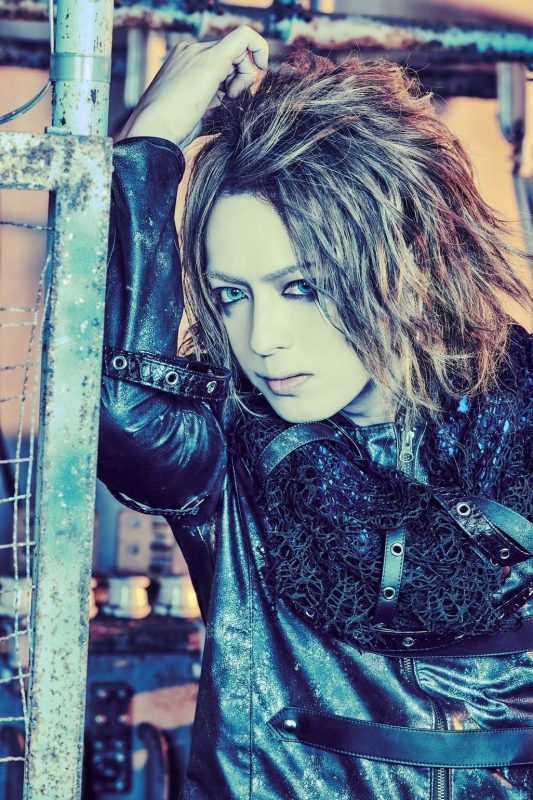 “Our worldview was an essential part of our previous work”

Your performance at TSUTAYA O-EAST on January 26, celebrating the end of your tour but also your ninth anniversary, ended in a great success. What kind of year are you expecting 2020 to be?

yo-ka: 2020 marks the year in which we as a band will genuinely enjoy ourselves while also allowing DIAURA to evolve.

Kei: Though 2020 has just begun, March came in a blink and I realized that a year is a really short period. Besides, our shows and events this month have been postponed. I want our music to reach everyone as early as possible, as such, I found that time really moves slowly in this kind of situation.

Shoya: The band entered into its ninth year of activity, and now the great turning point which is our 10th anniversary finally appeared in front of our eyes. In that context, I feel that the band is getting stronger and more united than ever. Even the sensation during our performances is different. There is more eye contact and it’s relaxed enough for us to freely enjoy what we do.

Tatsuya: Despite that we can’t perform at the moment, we managed to release our singles. Once the situation is back to normal, I want to stand on the stage again and push the energy off the roof.

Four months after the release of FINALE last October, your new single ENVY delivered the worldview of DIAURA through the unique musical compositions packed in the CD.

yo-ka: As a new work following “FINALE-Last Rebellion”, creating something catchy and glamorous was essential. Not only that, I think this single is another step towards creating great music.

Kei: Our worldview was an essential part of our previous work, however, these new tunes are written in a straightforward manner. In that way, I think this is a new approach as a DIAURA single.

Shoya: I always think so after each release, but every time, I have the feeling that we managed to surpass our previous work. I’d be very happy if our fans would think the same about this new production.

Tatsuya: I think ENVY is a particularly catchy song with a melody easy to remember.

If we have a look at the title, “ENVY” it would imply “jealousy” [netami (妬み) in japanese]. Could you tell us more about the lyrics of the song?

yo-ka: It’s about the vulnerability, the fragility of human emotions.

In addition, Hydra is also coming out on April 1, 2020. Is there any particular connection between Hydra and ENVY as they were released within two consecutive months?

yo-ka: ENVY and Hydra are composed of six songs in total. If we put each of them side-by-side; the emotions, the evolution of love, changes. We expressed the light and the darkness of them through these two singles. That’s why we released them one after another.

“Somehow I became friends with the snake used in Hydra that I hated at first.”

Then we can say that Hydra and ENVY lay out a different worldview right? How about the creation process of their sounds, were there some noticeable differences as well?

yo-ka: In terms of vocals, the heaviness and heat were noticeably different this time around.

Kei: In terms of sound, both of them are quite elaborate but, we made a conscious effort to keep some elements separate when writing the songs to make them stand out. ENVY with its guitars, and Hydra with its strings and synth, for example.

I think the way that you’d listen to each song is different and the contrast between them is good.

Shoya: In regards to Hydra, the intro and verse have quite a few guitar riffs and my job was to get those to work in unison together, as well as carve out the general outline of the song and make it heavier.

ENVY, on the other hand, was created with a much more rock sound in mind—we tried to make it with that traditional distortion guitar sound.

We wanted to make it sound rougher, and I think we achieved that.

Would you tell us more about Hydra’s lyrics?

yo-ka: The lyrics are not only dark and mysterious but also a story you can enjoy in continuation with ENVY’s one.

What kind of music video did you create for ENVY and Hydra? Do you have some anecdotes about their shootings?

yo-ka: Through these two music videos, you can notice how different they are in terms of atmosphere. Somehow I became friends with the snake used in Hydra that I hated at first.

Kei: In Hydra, the shooting took place underground, it was really cramped. It was fine when we filmed one member at a time, but during the shoot with all four of us together, I was worried I would hit the walls with my guitar [laughs].

Shoya: It had been a long time since I raised my hair like in the ENVY video… In Hydra, we asked for a real snake, he was so cute that I wanted to bring it back home with me.

Tatsuya: During the shooting of ENVY, I thought it had been a while since the last music video, and it felt like we got our freshness back. For Hydra, I don’t remember how many times we climbed up and down these three flights of stairs, but my legs were tired [laughs]. And during both shootings, it was so incredibly cold [laughs].

“I think that the band is reaching a certain degree of maturity. In that way, I’m convinced that the audience can feel the raw power of DIAURA.”

Your next one-man tour “BRILLIANT MONOCHROME” will start on April 18, 2020, at F.A.D YOKOHAMA. What kind of tour can we expect this time?

Kei: I already want to start touring, so from now and until its beginning, I’m looking forward to it. I think the previous tour was great, I just want to genuinely repeat that experience this time as well.

Shoya: As I said at the beginning, I think that the band is reaching a certain degree of maturity. In that way, I’m convinced that the audience can feel the raw power of DIAURA.

Tatsuya: Recently we haven’t received any chance to perform at all, so this time I think we will release an explosive power on stage.

On this tour, we noticed that you will perform two days in a row. In what way do you usually prepare for the show on the second day?

yo-ka: We keep the core of the show the same but we leave some room to have fun, that’s the spirit.

Kei: In terms of setlist or the performance itself, it sometimes happens that we change one or two things here and there, but in terms of our energy and emotions, it’s just like the very first day to me. There is nothing particular I would take conscious of for the simple fact that it’s the second day.

Shoya: Of course we do change things regarding the setlist, but personally I don’t have any particular thoughts just because we are performing for two days. All I think about is that some people were only able to see us on one of the days, so I always give it all for them.

Tatsuya: Obviously, I will always put my best efforts in each performance so everyone can enjoy the show, but somehow during the second day, I feel that I want to do better than the previous day. It’s like if I was growing up, improving myself through the tour, feeling like I am putting on a good show.

What is your mindset regarding the final show of your tour “Mynavi BLITZ Akasaka”?

yo-ka: We performed at BLITZ a long time ago, but just like last time, we will repeat the experience and do the best final show ever.

Kei: It’s been a while since we played at Akasaka BLITZ indeed, I feel very nostalgic about it. While Akasaka BLITZ didn’t change since the last time we stood on stage here, we however did change a lot. As such, we as well as the fans will be able to see things in a new light.

Shoya: It’s like a box in which I put my memories inside. Our one-man show there happened a long time ago, but we heard countless times that this live house will cease its operations and eventually close. If it’s our last time there, I want to create beautiful memories through this show that will last forever.

Tatsuya: For now, I’m more concerned about the way to start the tour safely in such a context, I am worried about everyone’s health. All I hope is we can do a wonderful show.

Thank you very much. Lastly, would you leave a message to Vijuttoke readers?

yo-ka: We were supposed to perform in Nagoya in March but due to coronavirus, the show has been postponed. It’s very frustrating for us too, so the next time we’ll meet, let’s enjoy a wild show.

Kei: As I said at the beginning, I think you—the fans—are also overwhelmed by how irritating and frustrating things have been lately. We probably can’t do much for now, but the music and our shows have the power to clear away all these negative feelings. In this case, I pray that we can meet you all as soon as possible.

Tatsuya: We made the best singles ever, please listen to them. I’m sure you’ll want to see our performance after that, so please come see us at our shows!

Thanks to the triple partnership with club Zy., and Vijuttoke, we were able to provide this translated version of the interview to a global audience. Please look forward to more content that could only have been made possible thanks to our partners.

Powered by club Zy. and Vijuttoke