KAMIJO has at last revealed the new artwork for the single Persona Grata, the last piece of the sensational trilogy series. In conjunction, the tracklist has partially been made public and its April 29 release date.

Persona Grata offers in total three songs, two new tracks, and the orchestra arranged version of Mystery, the original version previously found in album Sang. Opposed to the regular edition which only comes with those three tracks, the limited edition includes the instrumental version of each song, as well as a hardcover book packaging, mini-poster, and postcard.

As previously reported, the new artwork is illustrated by no other than the Castlevania artist Ayami Kojima. Her work showcases a portrayal of Count of Saint Germain, a historical figure who is said to be immortal and one that was skilled in the art of alchemy. 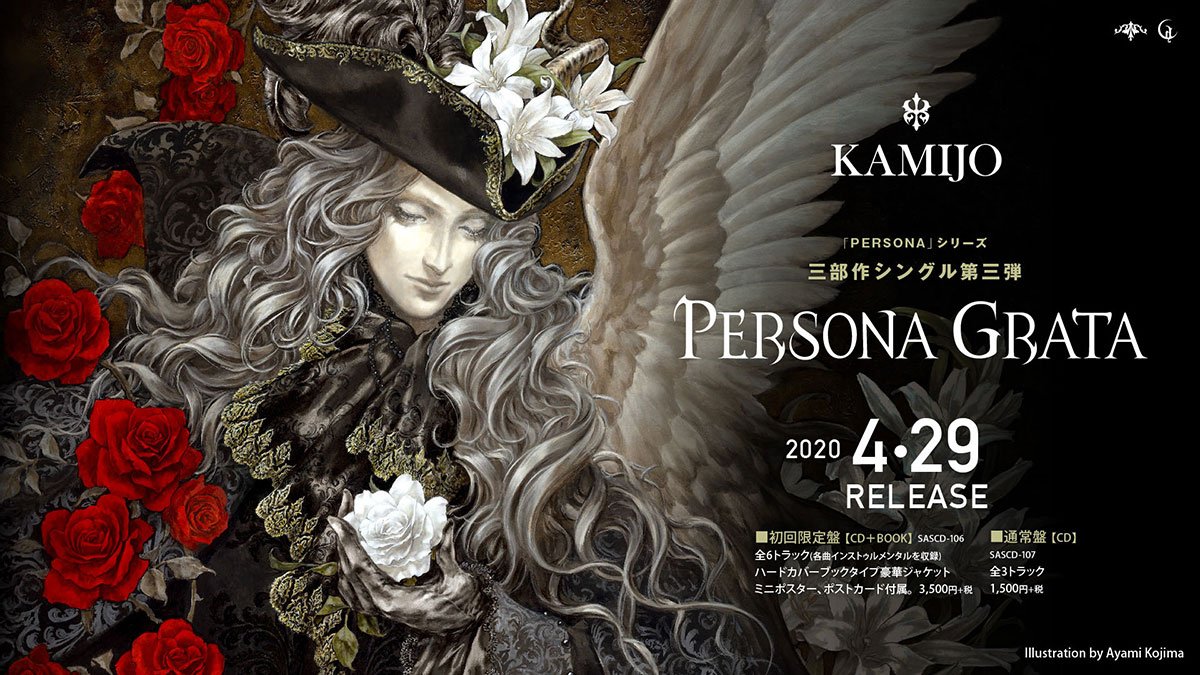 Moreover, KAMIJO will begin ticket sales tomorrow, February 29, for the Live Ritual “ANGEL or DEMON” concerts that will take place on May 30 and 31 at Tokyo Kinema Club. This is where we will be able to immerse ourselves in dramatic shows with support members on stage: guitarist RENO (ex-ViViD), bassist MASASHI (Versailles), and drummer YUKI (Versailles).