Guitarist Cazqui, formerly of NOCTURNAL BLOODLUST, with his solo project “Cazqui’s Brutal Orchestra” has released single OSWALD digitally. Initially, it was released as a live-limited single at JILUKA’s “MAD PIT TOUR 2019”, on the final day of the tour, at Ikebukuro EDGE on November 24. However, it is now available on all major digital distribution and streaming platforms such as Apple Music, Spotify, Google Play Music to name a few! Let’s dive in and see what this release brings to the table!

The single offers two songs, the first track which is an instrumental one The rupture of a blood vessel composed and arranged by Velladon. The second one being the ridiculously cool and absolute insanity that is OSWALD, which has DEXCORE’s vocalist Kagami partaking, as well as bassist Daiki from DEVILOOF, drummer Shuhei from Imperial Circus Death Decadence (ICDD) as the studio recording drummer, Zyean from JILUKA as the live performing drummer, and obviously Cazqui himself who is also active in nekomanju. Guitarist Katsuya, of SLOTHREAT and solo project Misanthropist, worked on the mix and mastering. 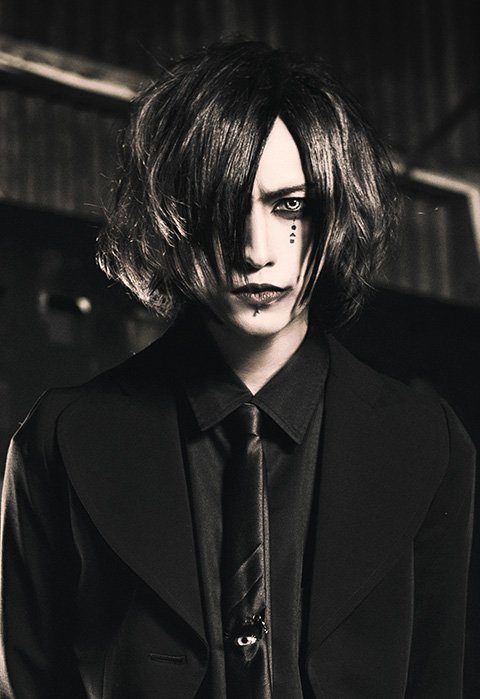 Velladon’s The rupture of a blood vessel instrumental is ethereal, mixed in with static, creepy laughter, operatic singing, pitch bends, saxophone, and sound effects from what sounds like a cartoon. Its playful, serene, and creepy all at the same time and that’s what makes it predominantly stand out.

While in OSWALD, vocalist Kagami’s combination of growls and screams is excellent and works perfectly in this situation. His clear vocals in DEXCORE always shine through and this is no exception as he beautifully lays down his light and vulnerable sounding singing during the bridge.

Cazqui’s guitarwork is incredibly flashy and fast and I expect nothing less from him. The chaotic theatrics he implements into his compositions are second to none. Daiki’s bass complements the drums and the more drone-like section but is also wonderfully jumpy in the chorus. Drummer Shuhei from ICDD does an excellent job on the drums with his machine gun-like and ridiculously fast playing and I love the way he incorporates the cymbals into the composition.

I couldn’t give OSWALD enough praise. This is undeniably one of my favorite singles of 2019 and lives up to the name “Cazqui’s Brutal Orchestra”.

It should also be noted that OSWALD was created with a rabbit theme in mind and that is evidently shown as illustrator Isana Kagami, who has previously worked on NOCTURNAL BLOODLUST’s previous CD jackets, did the artwork for the single. Every single person involved evidently brought single OSWALD to life!