ACME has confirmed that they will release an indies best-of album titled WE ARE VISUALKEI on January 22, 2020, and will feature 13 songs in total. It will, unfortunately, be live and distribution limited so you won’t be able to get it through normal means.

Fuhai Mikan essentially translates to “rotten orange”, the name of their second single, so its up for speculation of what exactly it could be!

With such a bold statement such as WE ARE VISUALKEI, the band really went for it in terms of concept as they opened up a separate website evoking that classic ’90s visual kei feel. Alongside that, they also revealed artist photo’s reimagining the band from that era. 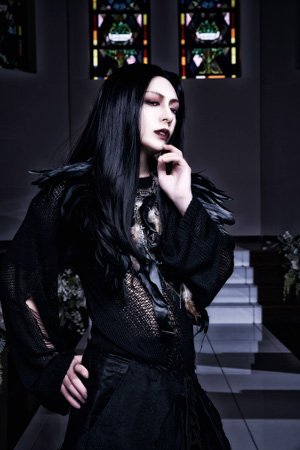 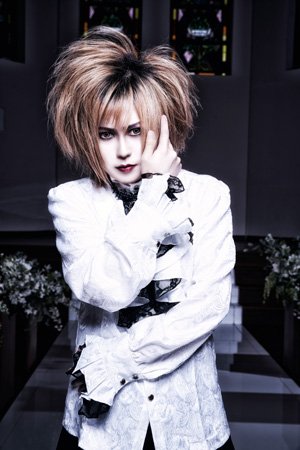 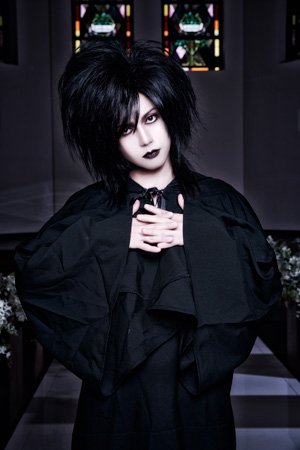 This sees vocalist CHISA with long flowing black hair with feathers adorning his shoulders and chest while wearing a mesh cardigan and a velvety skirt. Guitarist Shogo has backcombed hair and contrasts with the rest of the members as he wears a white shirt complete with jabot (a decorative ruffle collar) and bell sleeves.

Bassist RIKITO is in a vinyl biker jacket and trousers with a massive mohawk and finally drummer HAL who has similarly styled hair to Shogo but is entirely in black, as is his costume from what we can make from the photo. Of course, this wouldn’t be complete without that one church we’ve all seen in countless music videos before as a backdrop for the photo. You can find it used in ELYSIONS’ Shuuen no CAMPANELLA and well as NOCTURNAL BLOODLUST’s DESPERATE music video.

ACME also announced that they will release their seventh single Usogao on March 4, 2020, with the title track and the second song You are my LOVE. Check out the tracklist below!