Survive Said The Prophet has announced that they will release their fifth album Inside Your Head on January 15, 2020, in regular and limited editions!

It hasn’t been confirmed yet just how many tracks there are but we do know that the regular edition will be CD-only, while limited edition comes packaged with a DVD.

What has been confirmed, however, is that guitarist Ivan designed the cover art for it! This sees an interesting and thought-provoking artwork, featuring a shadowy figure against a grey background. The figure’s head is also covered by a square marble graphic, thick and thin white lines, and dots bursting out from it, which is also covered by a piece of green tape. 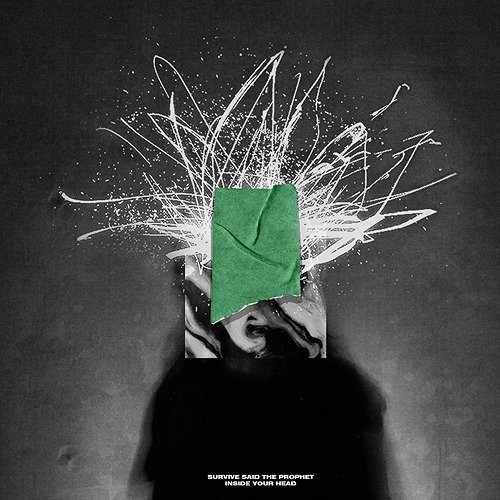 We will keep you updated when Survive Said The Prophet release more information!