Ever since KAMIJO’s full orchestra concert on March 27, we haven’t seen much activities from him. However, today, KAMIJO breaks his silence with the announcement of the new single Eye of Providence!

With the reputed album Sang released spring last year, KAMIJO’s talent bloomed like a rose through his musical performances. The album sprouted life to the great “Sang Project” whose curtain closed elegantly with the orchestra show on March 27, at EX THEATER ROPPONGI.

It has now been more than two months of KAMIJO’s silence, and finally, the silence has been broken with the announcement made on the official website on June 8, at noon in Japan. This is along KAMIJO’s brand new look and promotional artwork. The new single will be released on July 24 and is called Eye of Providence. It is the title-song transcended by KAMIJO’s falsetto. In this song, KAMIJO’s voice will personify a pure and innocent eye that holds faith in the future of the world. Combined with its sensational and thrilling Hollywood sound, it will turn the reflection of reality into the world of a movie, by the eye of the beholder.

Following the single release, KAMIJO will commence his next national tour starting on July 26 at Mynavi BLITZ Akasaka. This will involve the new live recording of the must-listen song Ecstasy from the upcoming release. The single Eye of Providence will only be sold in a physical hardcover digipack collector edition. Just like the musical compositions, the package will be obviously produced without any compromise in quality. 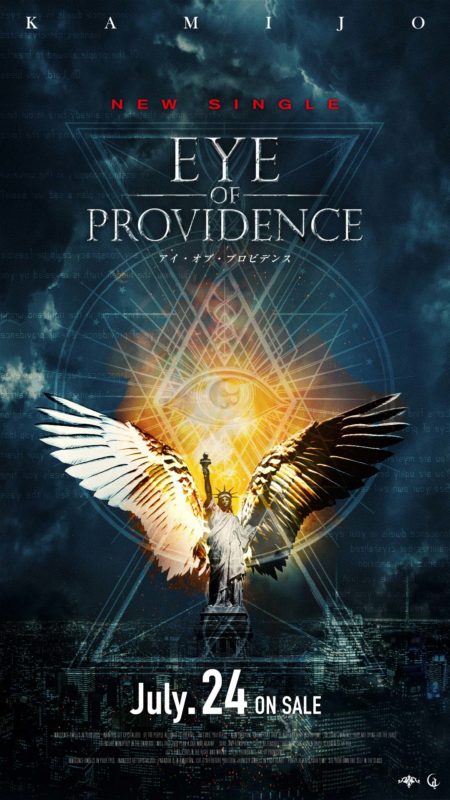 Update 2019-06-25: The preview has since been released and is now included in the article.

Dream Live “Symphony of The Vampire” KAMIJO with Orchestra