On March 27, KAMIJO ended his Japan tour “Symphony of The Vampire” by holding a grand show in Tokyo, EX THEATER ROPPONGI, where he gathered a full-fledged orchestra for this exceptional occasion. Joining KAMIJO on stage, the talented band members consisting of guitarist Meku, guitarist Anzi, bassist MASASHI, and drummer YUKI, reunited for a majestic and fairytale-like musical performance defined as a “symphonic metal live show”.

The tour final began with the orchestra performing seven movements of the symphony “Symphony of The Vampire” for 30 minutes straight, guiding the audience to excitement. Once the final movement ended, it was time for KAMIJO to enter the stage.

As the show progressed, KAMIJO switched gears and went from being dressed in black to white. The stage was also now covered by spotlights in blue, white, and red, representing the French national flag to honor and celebrate the birthday of Louis XVII of France.

The show ended with the announcement of KAMIJO’s next Japan tour “PERSONA GRATA” that would commence on July 26. The cheering audience and the loud applause infected the members with smiles before the curtain closed. With this chapter concluded, look out for KAMIJO’s next adventure this summer! 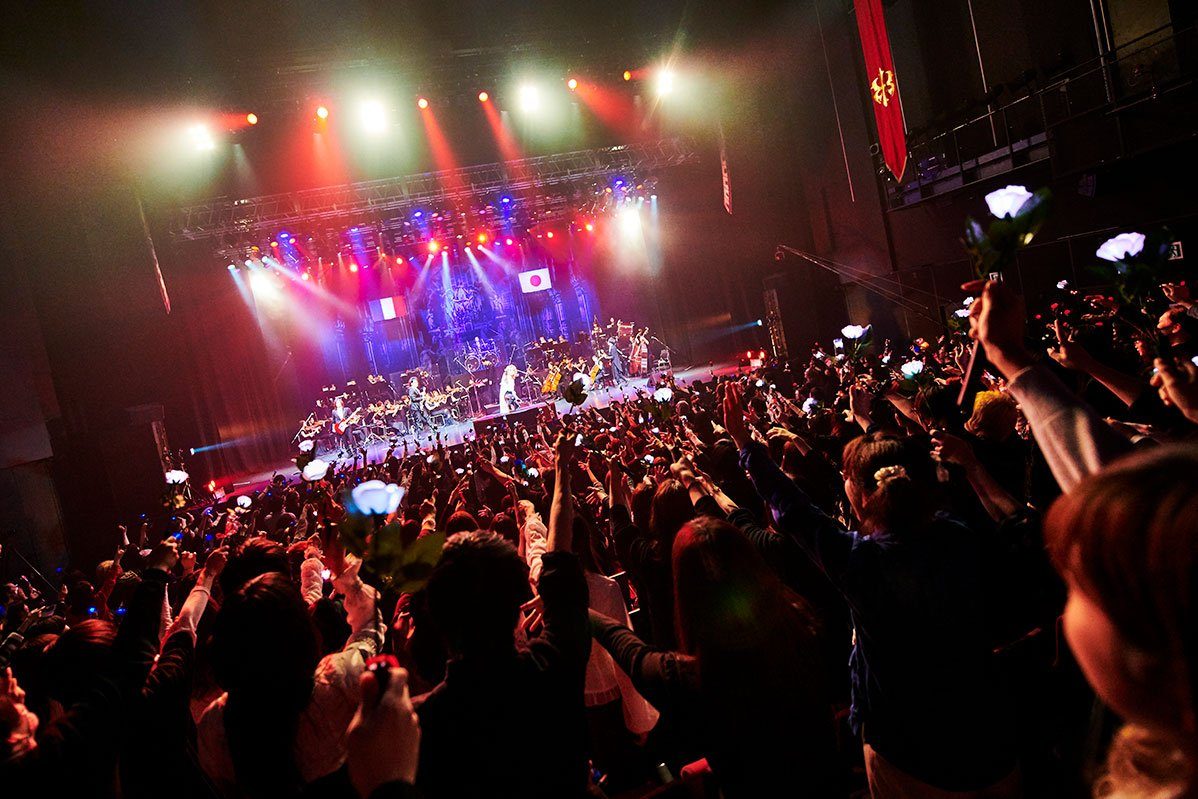