The long full version of the new Attack on Titan theme song, Red Swan by Yoshiki and HYDE was premiered on TV Asahi’s Music Station Ultra Fes 2018 program on September 17. Red Swan is due for October 3 worldwide release, so before that happens, let’s see what unfolded on the night.

On the roof of the TV Asahi building at night, where it had been raining up until just moments before, Yoshiki and HYDE performed their first-ever TV collaboration. YOSHIKI played his crystal piano as HYDE delivered the mixed English-Japanese lyrics with the brightly-lit Tokyo Tower in the background. 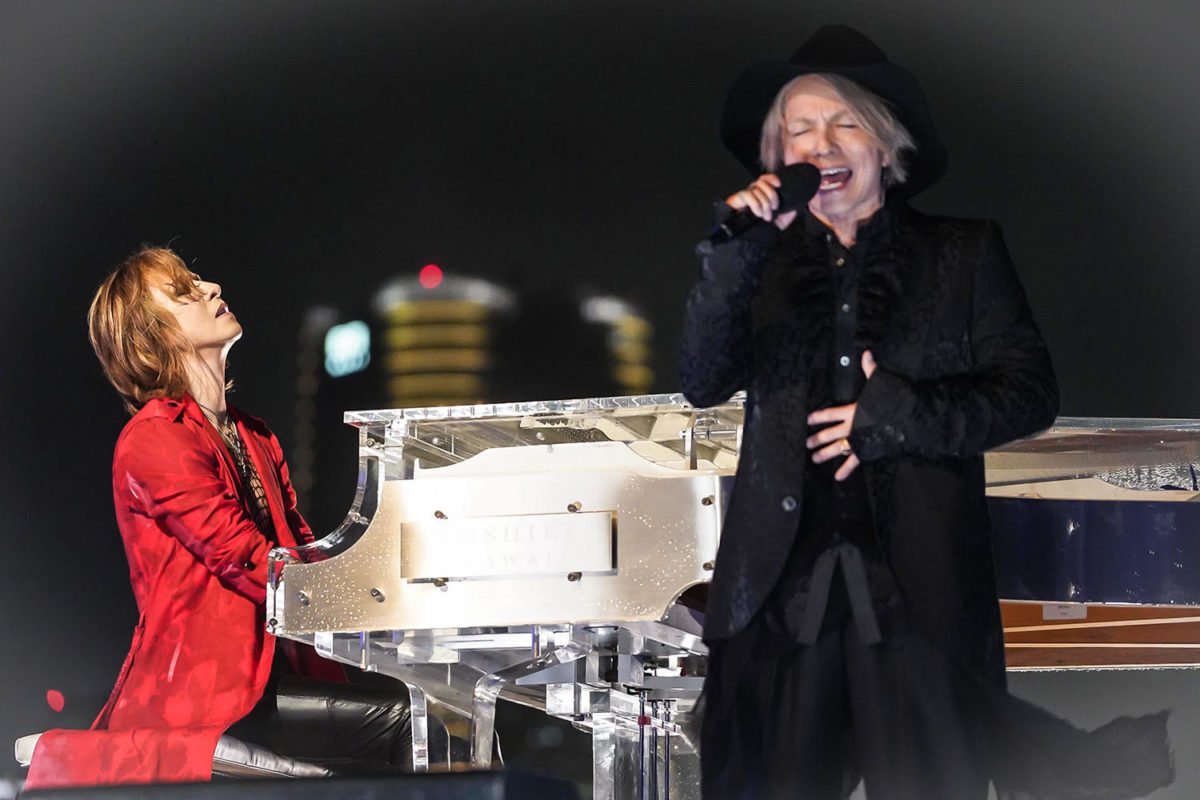 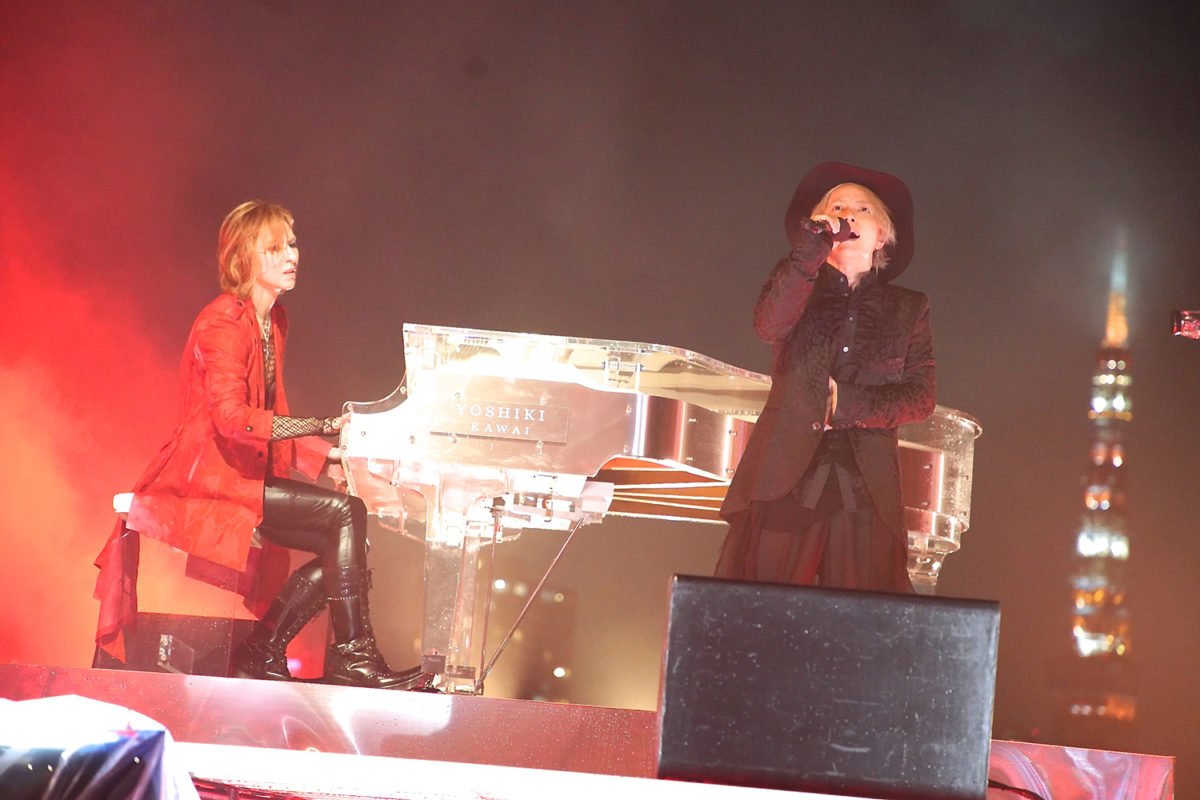 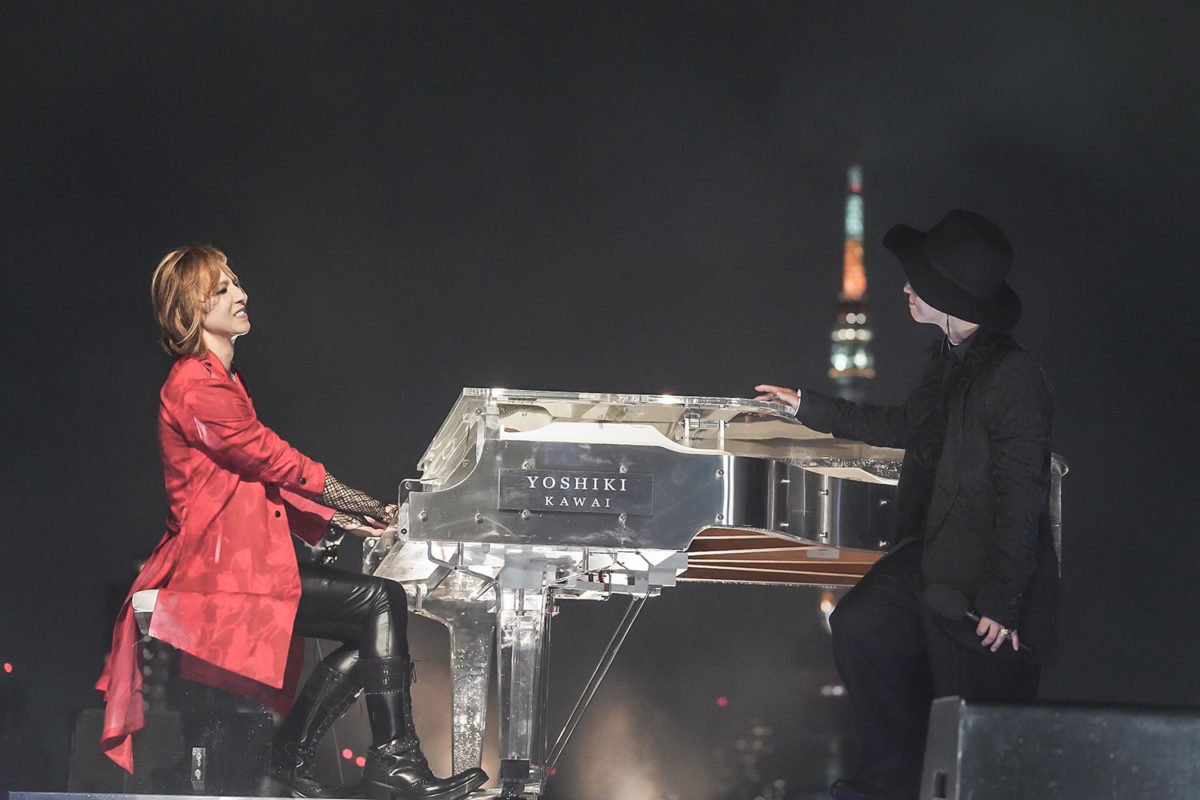 YOSHIKI and HYDE premiered the completed recording of Red Swan—composed by YOSHIKI for the third season of the hit anime series—on YOSHIKI CHANNEL two days earlier on September 15.

Speaking on YOSHIKI CHANNEL after the TV performance, YOSHIKI said, “During our rehearsals, the rain just kept falling throughout, but for it to stop so suddenly, the gods must have been listening.” 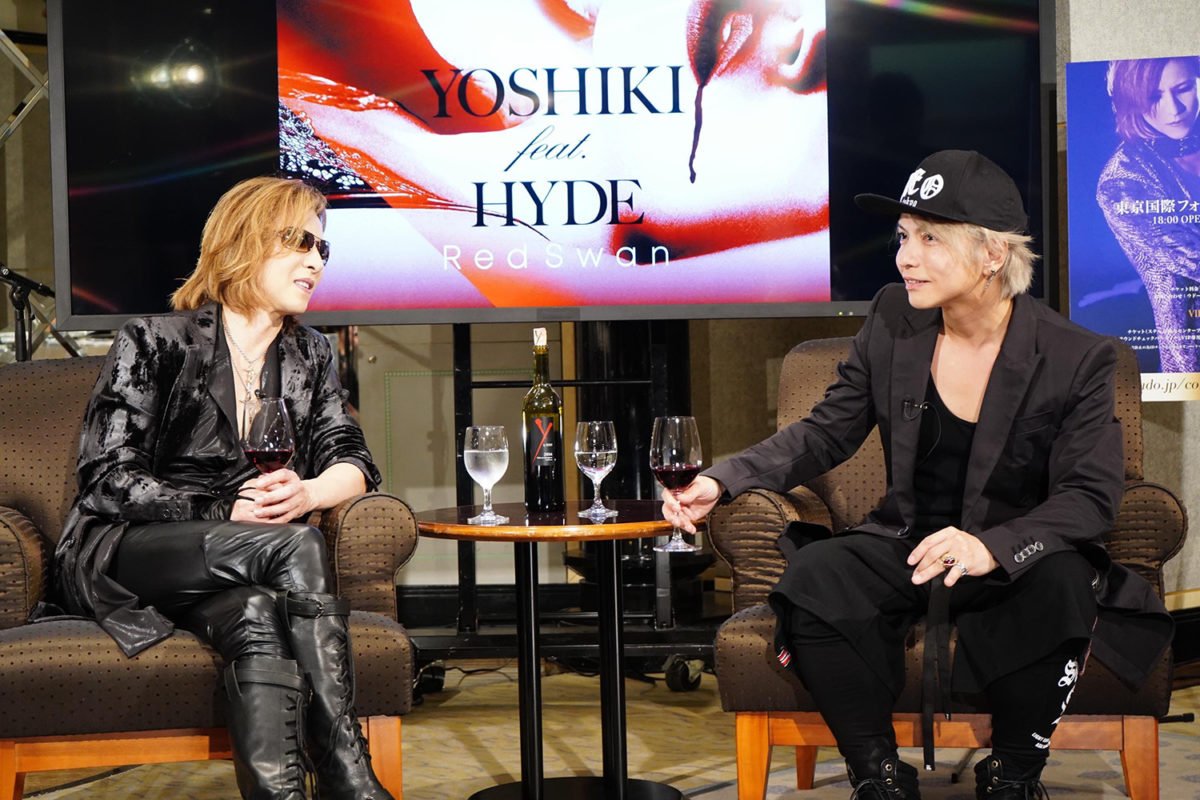 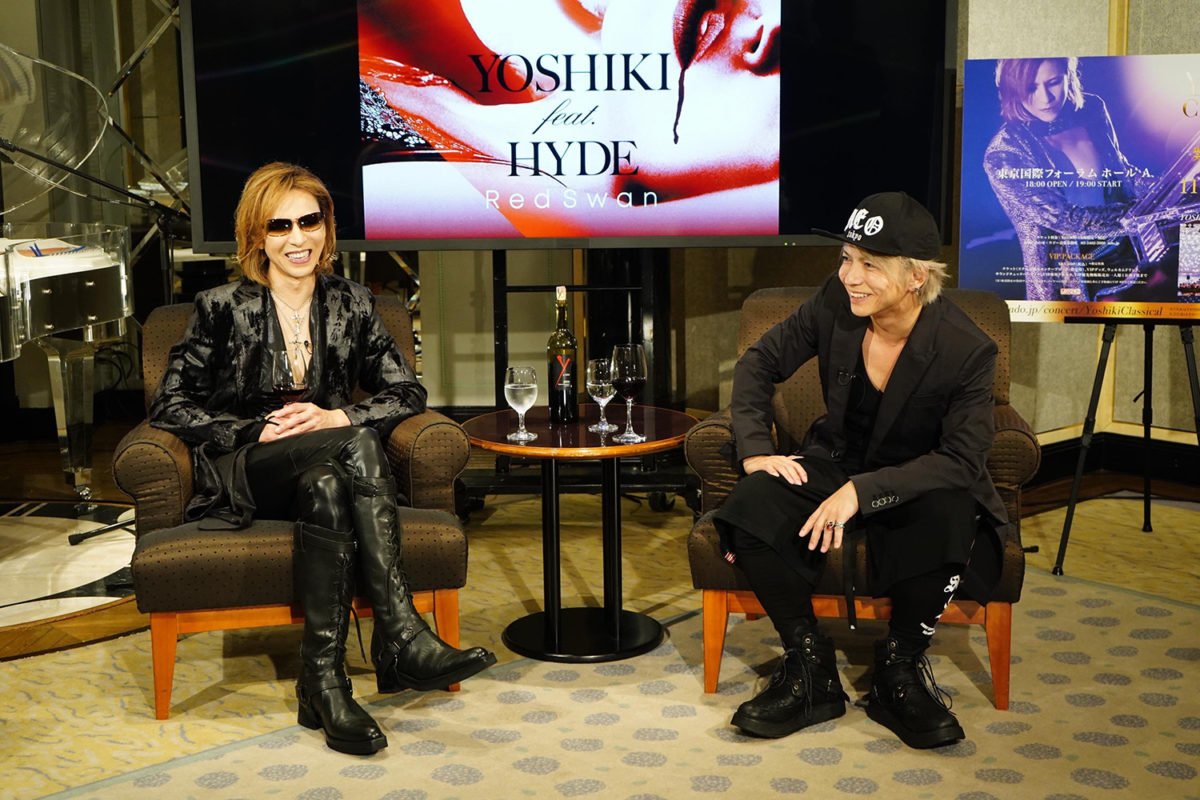 During the September 15 “YOSHIKI x HYDE” YOSHIKI CHANNEL broadcast two days earlier, YOSHIKI revealed that Red Swan had just been completed a few days earlier in Los Angeles. He also divulged the secret that Red Swan was created partially based on a section from X JAPAN’s hit song Rusty Nail. Speaking about the collaboration, YOSHIKI said “Creating a song that will break down walls, in more ways than one. That was my mission, in a manner of speaking. I never thought I’d actually accept it though!”

“Nobody can turn down a request from YOSHIKI,” HYDE commented, laughing, “but seriously I was truly delighted to join this collaboration.” He also mentioned that he’s been listening to the final version of “Red Swan” quite often. 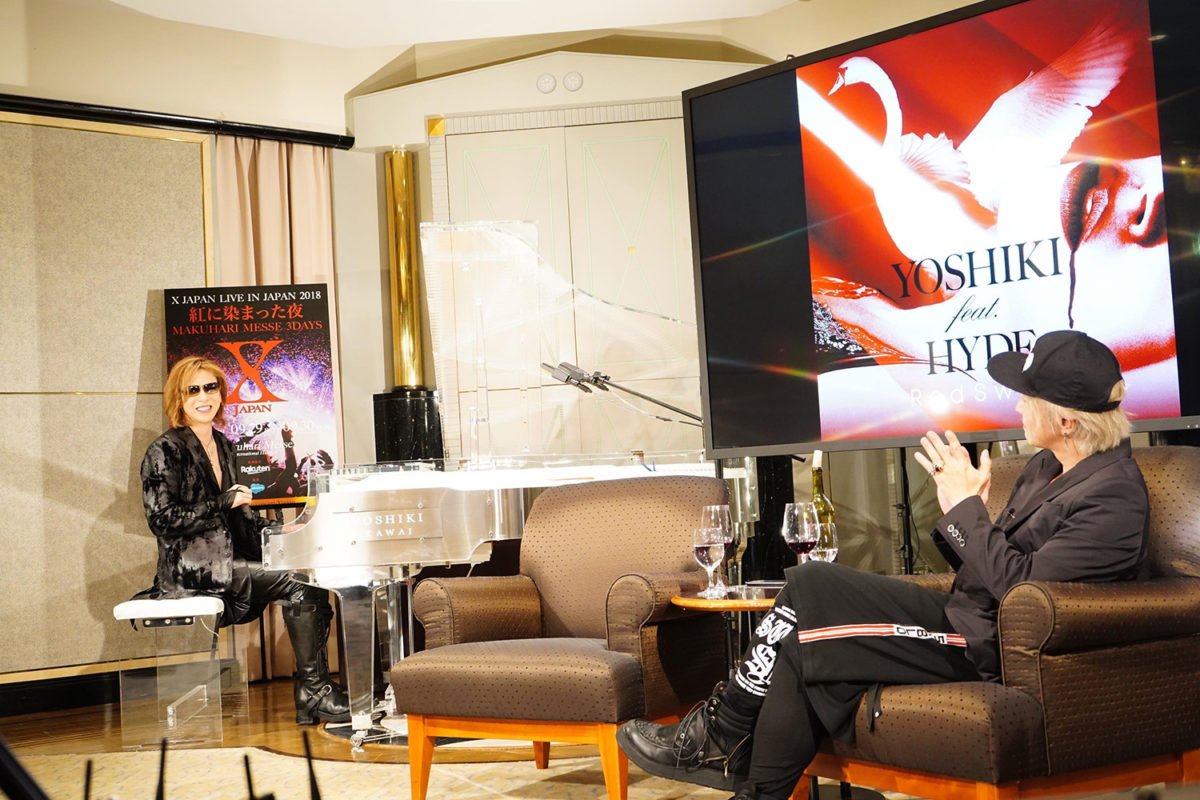 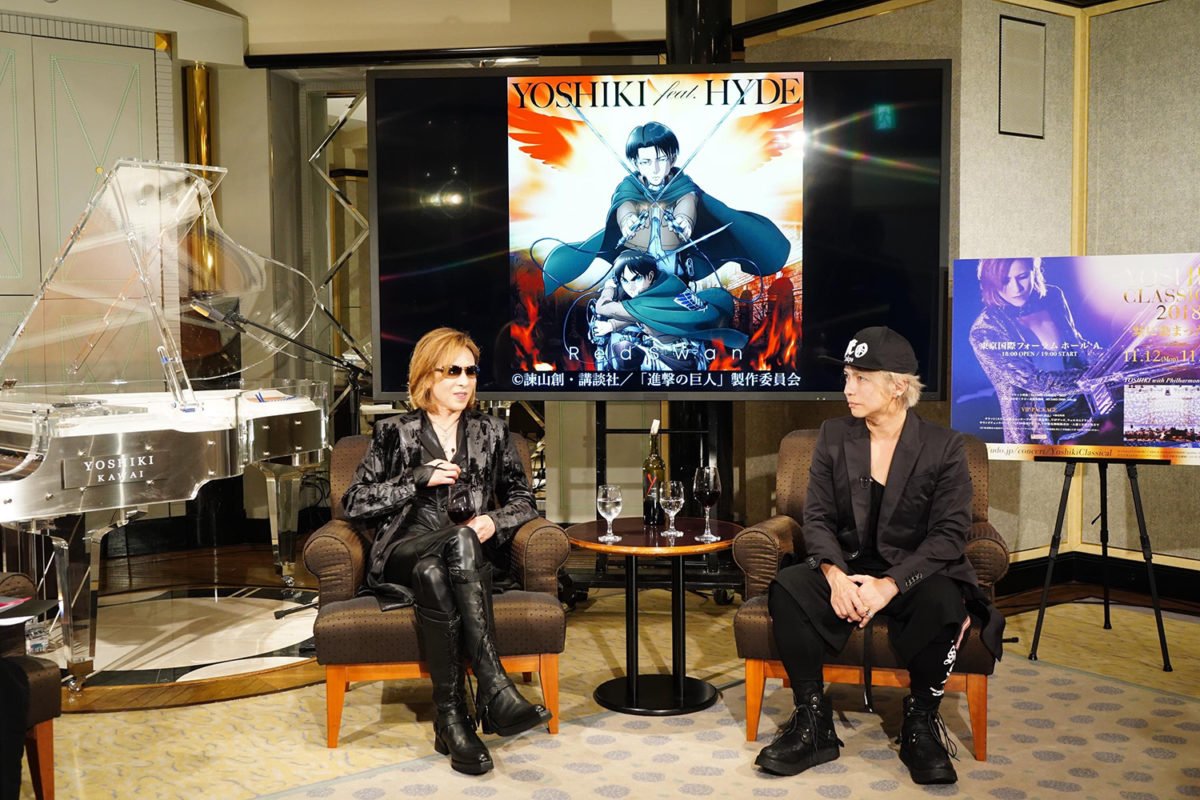 YOSHIKI gave some insight into the stories behind the two CD covers. First, as the “YOSHIKI feat. HYDE disc” CD cover that was unveiled, YOSHIKI explained that it was designed with elements of the cover for “Rusty Nail”, with the blue blood trickling down. He also mentioned that a brand new illustration was created especially for the “Attack on Titan” version of the CD.

At the end of the broadcast, YOSHIKI had a heartfelt message for HYDE. Reflecting on the collaboration borne from a friendship going back many years, he said: “Thank you so much for this collaboration. Ten, twenty years ago I could never have imagined this kind of collaboration between members of different bands was possible. I’m really happy that we were able to inspire each other to move forward. It’s also served as motivation as X JAPAN moves forward.” 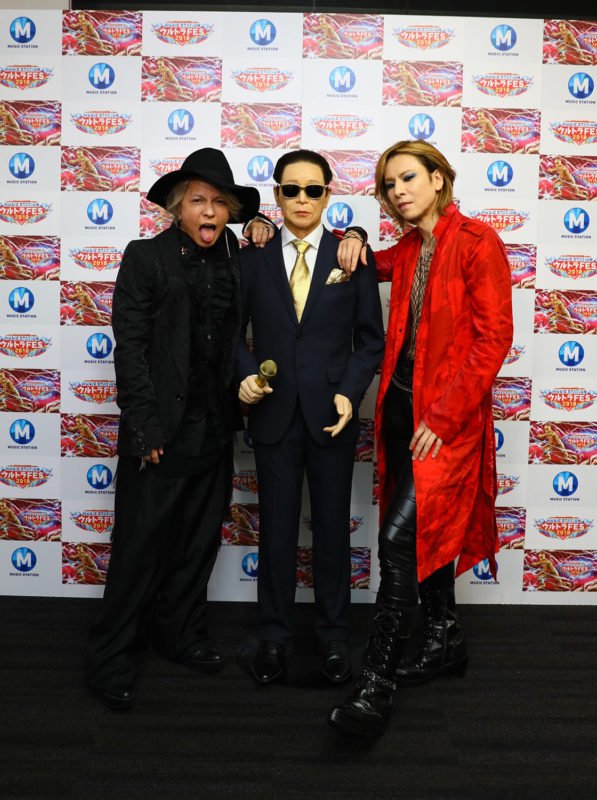 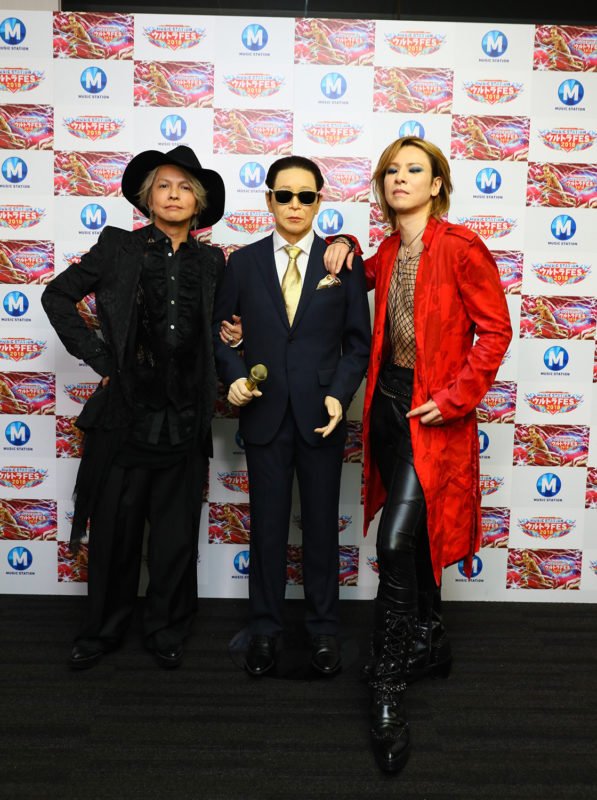 YOSHIKI and HYDE are scheduled to team up again for a performance on October 28 at HYDE’s Halloween Party 2018. This will be the third time YOSHIKI has performed at the Halloween Party. When YOSHIKI asked “What’s going to be the centerpiece of this year’s party?”, HYDE replied, “Your performance, of course!” HYDE asked what kind of Halloween costume he had planned for this year, YOSHIKI immediately responded “Attack on Yoshiki!”, prompting laughter from the audience.

The pair also shared the news that HYDE is set to appear for a guest performance during November’s YOSHIKI CLASSICAL 2018 ~Two Violet Nights~ YOSHIKI with Philharmonic Orchestra event in Tokyo, YOSHIKI’s first classical concerts since his two back-to-back sold-out performances at Carnegie Hall in January 2017.