After Crystal Lake released one of their most diverse release THE CIRCLE last month, the four-man band continues their steady release with the announcement of the new album HELIX—following suit of the circular naming convention. Expect to see it in Japanese stores on November 28, with further details on the international release at later date.

The revelation of HELIX took place during their “TRUE NORTH FESTIVAL 2018” on September 16, at Studio Coast Tokyo. A festival organized by Crystal Lake, gathering not only rock bands from Japan such as HER NAME IN BLOOD, a crowd of rebellion, and NOISEMAKER, but also bands from the west such as the Swedish band “Aviana”, and “AWAKE THE DREAMER”; as well as “ERRA” from the states, and “MAKE THEM SUFFER” from Australia.

It’s been about two years since Crystal Lake released a full-length album, and seeing how much they’ve evolved with the single THE CIRCLE, it will be really interesting to see what kind of direction the new album will lean towards. This is just the initial announcement, look forward to more details as we draw closer to the final date. 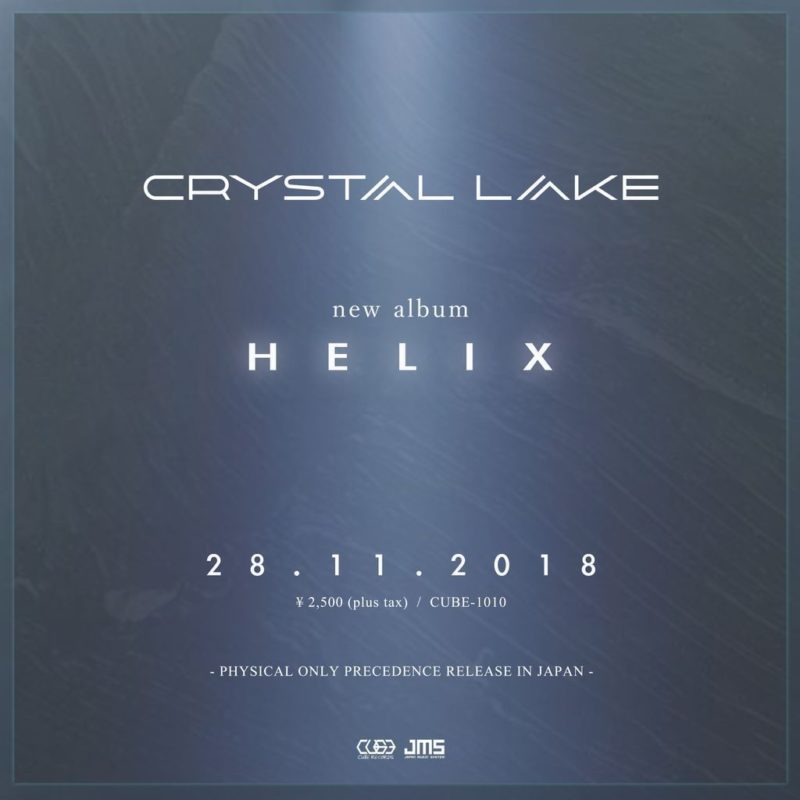