It has just been announced that the Japanese metal band X JAPAN and soloist HYDE (VAMPS, L’arc~en~Ciel) shall provide the opening theme song for the third season of the praised shounen anime Attack on Titan (Shingeki no Kyojin)! The track is titled Red Swan and will premiere on the first episode of the TV anime on NHK, July 22. 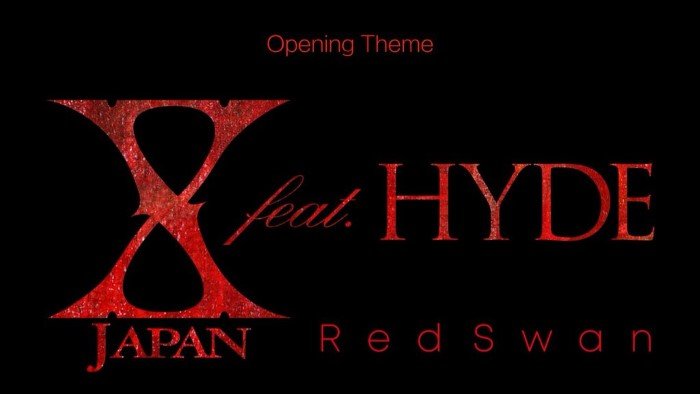 Promotion image for the collaboration

Attack on Titan is known for their epic, heavy, and pumped openings. After all, who hasn’t been overcome with the need to kill some titans when listening to the epicness of Guren no Yumiya, or the wailing guitars of Jiyuu no Tsubasa by Linked Horizon?

So far, Linked Horizon has handled all three of Attack on Titan’s openings broadcasted across the two currently released seasons. Thus, the three tracks have a very similar, uniform feel to them, utilizing many musical elements (such as a background choir) in an essentially identical way. We are yet to see what the change of opening artists will bring; whether X JAPAN and HYDE will diverge from the Attack on Titan opening “formula”, and if so, in what way, and to what extent? Yet we cannot doubt that a metal superstar band such as X JAPAN is all but perfect for this particular anime. Don’t you think?

What are your expectations? Are you as pumped as we are to hear what X JAPAN and HYDE will bring to Attack on Titan in just a couple weeks? Or are you wary of the change? Let us know!