BRIDEAR’s Misa surprised fans today with a sudden announcement to depart from the band. This announcement comes only one day after the beginning of the band’s third European tour. Misa explains that despite her efforts, she can no longer maintain her position as BRIDEAR’s guitarist due to differing goals with the members. She will officially depart on October 27 after a final live in Tokyo. Misa left a written message in English on her Twitter account explaining her decision in detail: 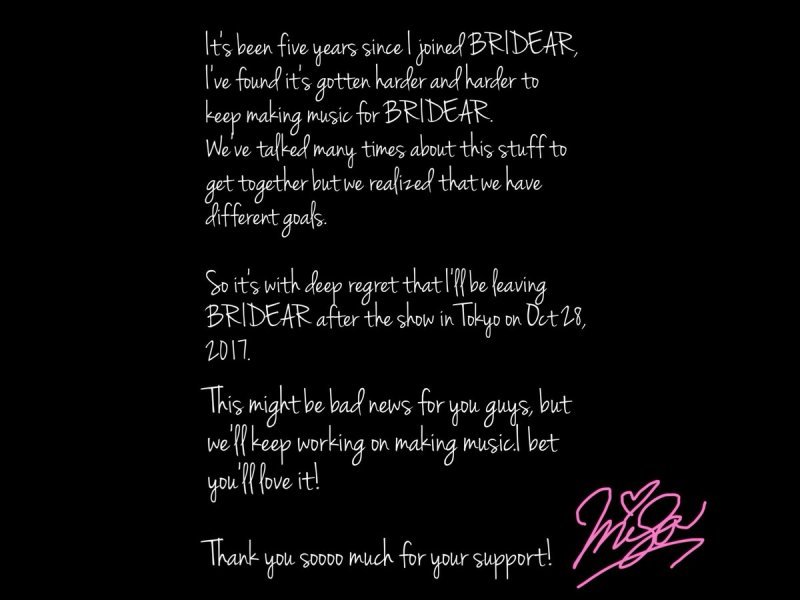 It will be interesting to see how this changes BRIDEAR’s sound, as she was in charge of composing and doing harsh vocals for the band. There has been no indication so far that the band will seek a replacement guitarist.

It’s not all bad news, though, as Misa promises to come back with more music, so we should all look forward to any future band or project she may be in!