There is no doubt that MUCC has been pulling out all the stops in order to celebrate their 20th anniversary, with tours planned and a constant spew of releases that will have fans parting ways with their money until the end of the year.

This announcement is no different as the band plan to bring out re-recorded and remastered versions of their first two albums in the form of Shin Tsuzetsu and Shin Homura Uta simultaneously on August 9.

Just to clarify, both albums will come with two discs, the first will be a re-recorded version of the album with additional songs added to the fray, while the second will be a remaster of the original. The remaster for Shin Tsuzetsu has the tracklist and mix from the first press and Shin Homura Uta has the tracklist and mix of the third press. This is so fans can compare the “new” MUCC with the “old” MUCC. The difference between the regular and limited edition is that the latter will come with a multi-angle lenticular cover and a photo booklet.

Also, did you know that legendary horror manga artist Junji Ito drew the original CD jacket art for Homura Uta? The band have also revealed black and white artist photos for both albums that revisit their old stylings which you can see below. 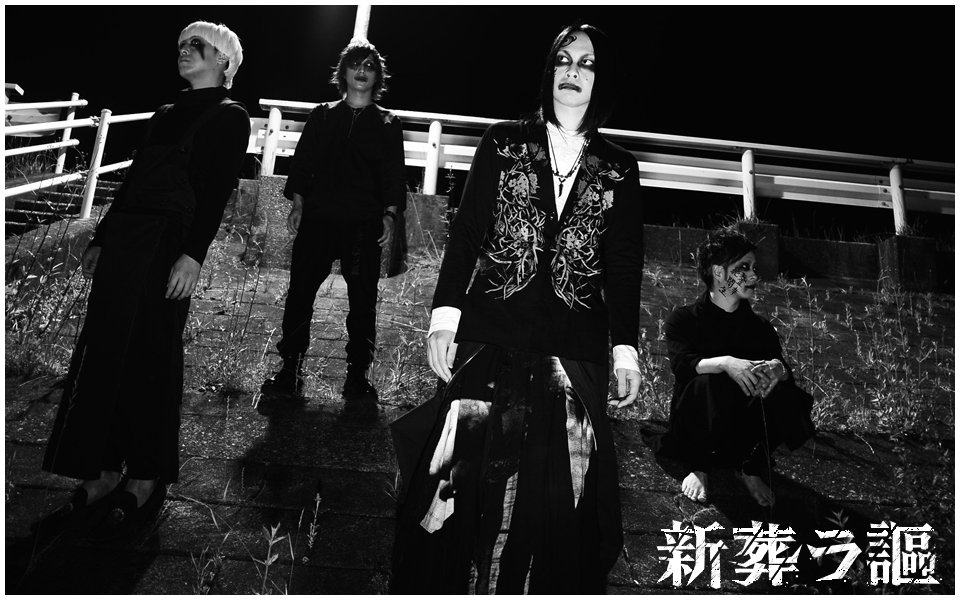