THE BLACK SWAN is looking forward to the new year as they have already announced a new single and revealed the schedule of an upcoming one-man tour! The band’s fifth single will be released the coming year on March 8 under the title RAGE.

In regards to the single, there are no details on the tracklist at the moment but we will keep you updated! However, it was revealed that an 8-string guitar tuned in drop E was used in the creation of the single. This fact might help us figure out what kind of song we should expect.

As for the tour, it will consist of five stops with each one being produced by a member of the band as the shows will be taking place near the hometown of each member. The tour final will be celebrated at Shinjuku BLAZE on April 22.

Purchase your tickets at e-plus. 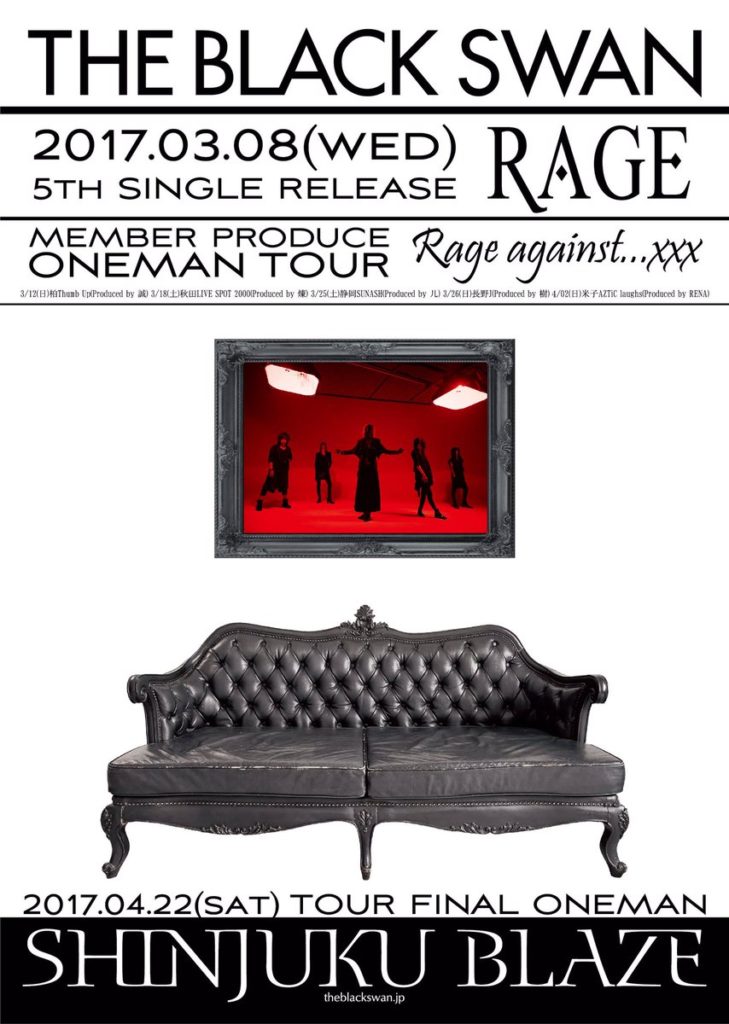