Otoboke Beaver, the latest break-neck all girl garage rock troop to come out of Japan,  dropped their UK debut release Okoshiyasu!! Otoboke Beaver back in March. Now they’re preparing to paint the town (or rather the country) red with their first ever set of UK shows this week, including a headline performance at London’s J-music showcase Japan Underground. We talked with the international newcomers to find out more about how the group came to be, and taking their first step outside of Asia.

How did you all meet?

The four of us originally met during our university years when we were all members of an original-songs-only music society called ‘Rock Commune’.

What drove you to start Otoboke Beaver?

The four of us formed a cover band at Rock Commune’s summer camp one year and realized that it was a waste for us to just do covers. So based on that we decided to form Otoboke Beaver.

Who have been your musical influences over the years?

Accorinrin: Togawa Jun (Yapoos), Hikashu, P-MODEL, Momoe Yamaguchi, Afrirampo
Yoyoyoshie: I love Yura Yura Teikoku very much and respect Shonen Knife and Afrirampo as girls bands.
Hiro-chan: First is Hide(ex. X JAPAN), then when I was a high school student, I was impressed by many influences from the live house where I listened to garage rock!
Pop: Thee Michelle Gun Elephant, Yura Yura Teikoku, XTC, King Crimson, Ningen-isu, Fruity, MOST, PAWS, Mourn, bluebeard, The Breeders, Deerhoof and so on. But I love electronica and classic music very much.

What’s the story behind the band’s name?

We took the name from a hotel in the love hotel district of East Osaka! Try searching for Otoboke Beaver (おとぼけビ～バ～) and have a look for yourself!

2016 has already been a busy year for you lot and in May you kick off your first UK tour. How does it feel to be going on your first tour outside of Asia?

This will be our first time touring, including in Japan, so we’re a little nervous, but we’re really looking forward to it!

You’ll also play alongside Shonen Knife during the tour. Are you excited to be playing with such a prestigious name in Japanese rock?

As another all-girl band, we really respect Shonen Knife so we feel really in-awe and grateful to be able to play with them. We actually participated in a battle of the bands with them 3 years ago, but it’ll still be our first time playing with them in a while.

Is there anything you want to do in the UK during your down time on the tour?

Since forming in 2009, what’s been the best moment for the band?

A: When we finished making our songs.
Y: Our comeback live on 18th October 2014 that we performed at Kyoto Metro live house.
P: Our one-man live at Kyoto’s long-standing venue ‘Live House Takutaku’.

How about the strangest moment?

A: The moment we finished making our songs.
Y: The fact that we’re in a band
H: When we make our songs
P: That we’ve been able to carry on as Otoboke Beaver without losing interest!

Is there a particular message you hope to get across with your music?

A: That love is a monster, our surroundings serve as mirrors, and that there’s only one ‘you’ out there.
Y: Enjoy!
H: The strengths and weaknesses of girls (or women)
P: I want to put across the message that the thought that girls are ‘fine just being cute’ is just an extremely narrow minded ideal, and that if you’re cool your cuteness becomes more prominent.

Your UK debut album ‘Okoshiyasu!! Otoboke Beaver’ is now available, could you give us 3 reasons why people need to go buy it?

A: 1) You can listen to all of our work up until now!
2) You can hear the chemical reaction of all four members of Otoboke Beaver performing together.
3) It’s packed with love songs.

P: 1) None of the songs are cute…
2) …but all of the other elements are!
3) You can hear our track ‘Akimahenka’ (which you can only hear in Japan if you’re the proud owner of one of the 50 limited edition 7inch records).

Any final words for our readers?

We are looking forward to seeing in UK tour! Please listen to our music again and again! 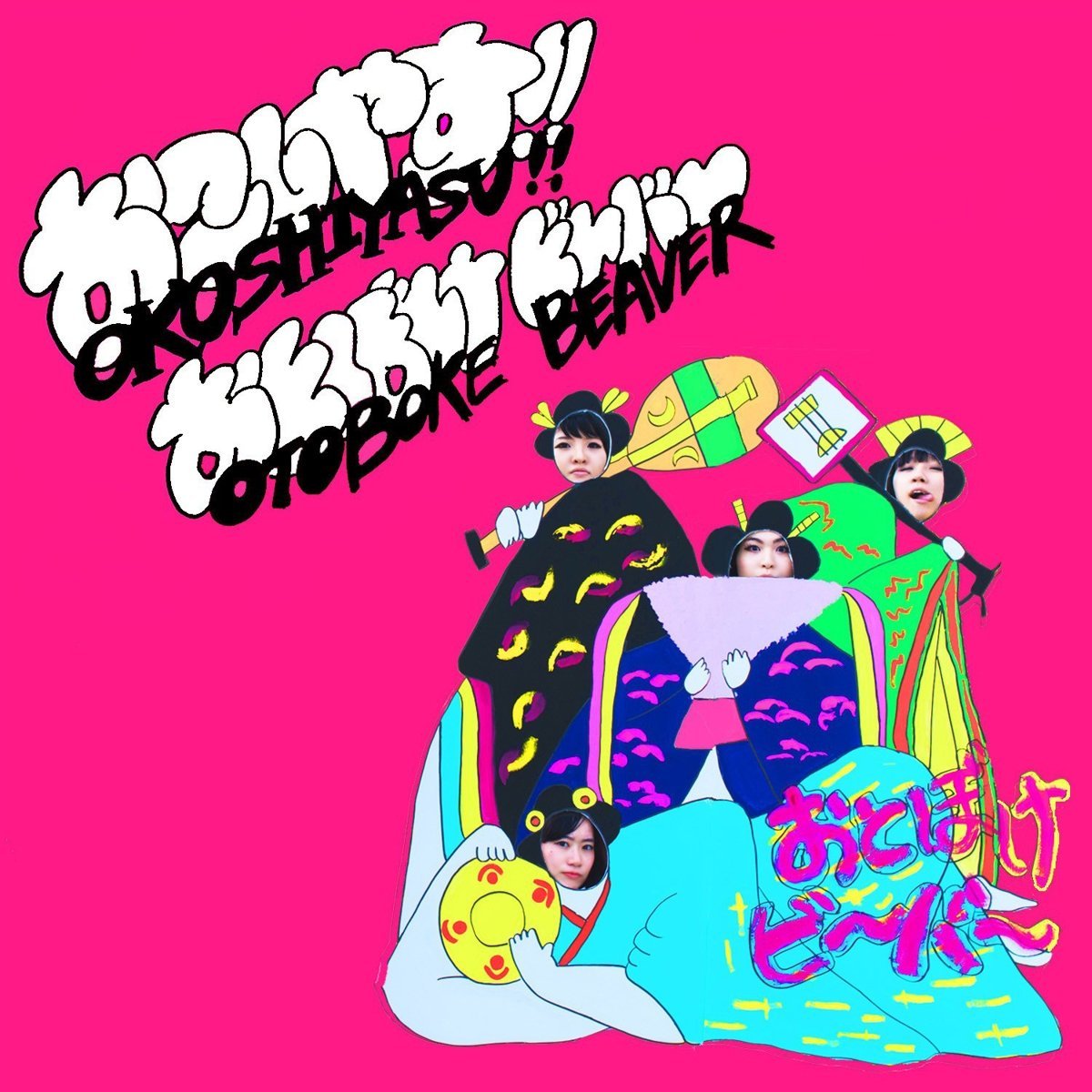