A year and a half and numerous tours later, juggernaut band DIR EN GREY finally release information for their long-awaited 28th single, Utafumi, which was announced months ago and is set to be released on July 27. The album art however, has yet to be released.

As said on their official website, “The title song Utafumi expresses solitude and anger and at the root, the pain in a fast speedy tempo”. Through this we can expect a very fast paced and heavy song, perhaps going back to the musical concept they showcased in their 2011 album, Dum Spiro Spero.

Sugizo, guitarist and violinist of X Japan and Luna Sea, has joined the band for a collaboration for the second track, a remix of the band’s song Kukoku no Kyouon from their latest album, Arche. He recently posted a picture on his Twitter account of his violin in a studio and with the sheet music for the song. 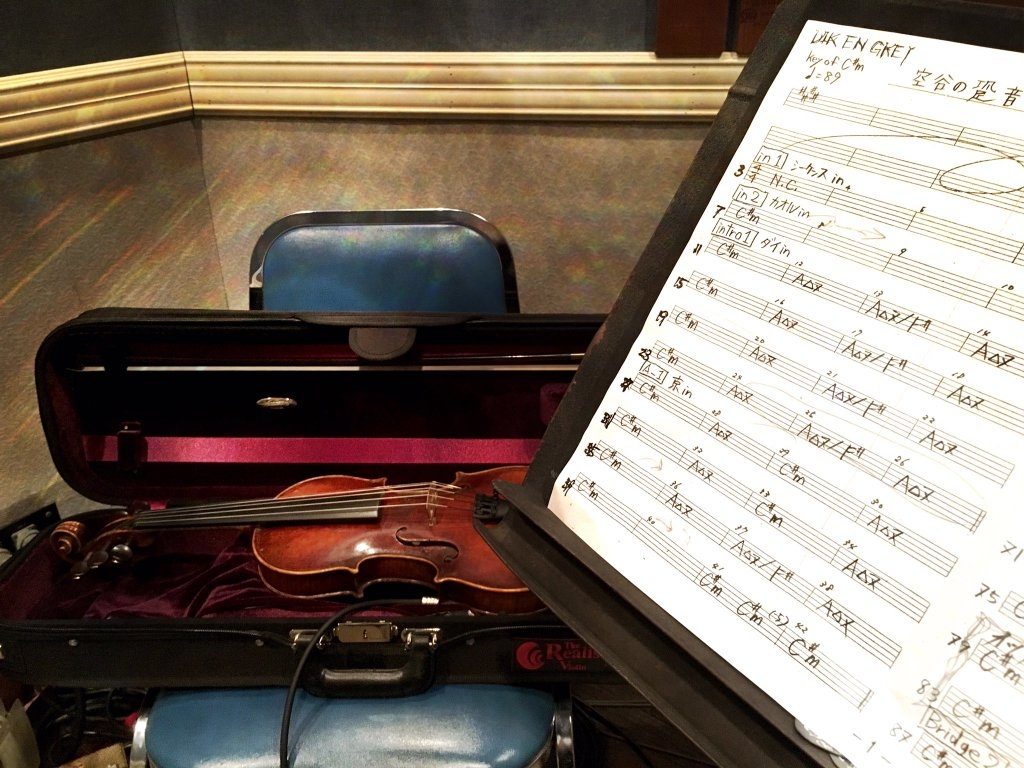 Having just wrapped up their Arche era with their Nippon Budokan show this past February, and having upcoming tours themed after their previous albums, it will be exciting to see what new direction this ever changing band will be going in next!