EDGE of LIFE debuted in 2014 and consists of two members, vocalist Hagio Keishi and guitarist Imamura Masaya. This duo has just released their music video titled Selfy Trick (which has nothing to do with selfie photos) and we really dig Imamura’s top hat.

Selfy Trick has been composed and directed by Daisuke from T.M.Revolution and you can hear his style in the upbeat-ness of the guitar and energetic vocals. Have a listen in the video above and let us know what you think. The lyrics have been written by Akio Inoue, who typically writes lyrics for T.M.Revolution.

You may also have previously encountered EDGE of LIFE via the anime Gundam Build Fighters Try, which they provided the opening theme song Just Fly Away.

Selfy Trick will be their fifth single, and it will be released on February 2 with the title track along with its instrumental. 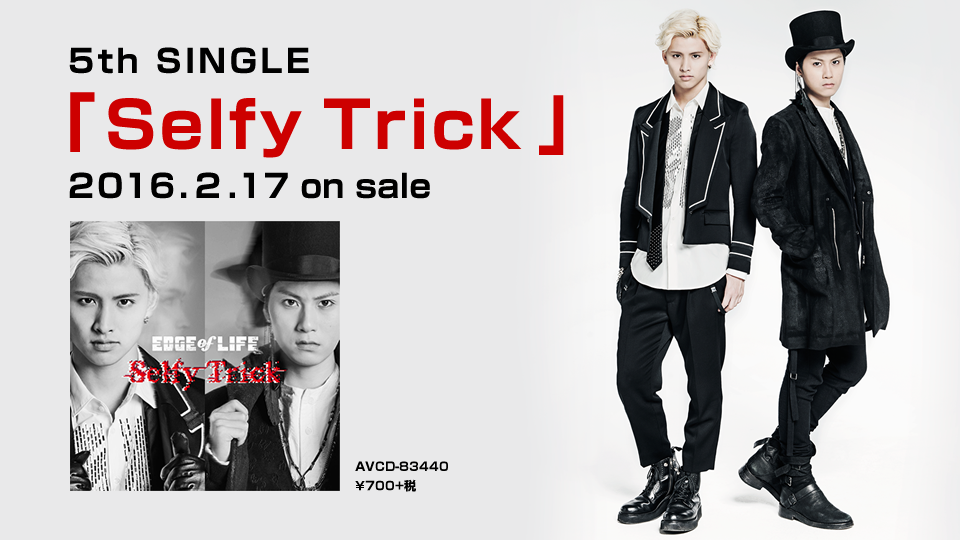