Matenrou Opera (摩天楼オペラ) just revealed the details for their upcoming album, Chikyu (地球) and the individual photos for their new look!

At the beginning of the month, December 1, the front page of their website was updated day-to-day as each band member appeared in a forest setting one by one until the final image directly below was displayed. Although that was exciting, it wasn’t exactly big news, but what came today is: The tracklist for their long awaited fourth album was finally released! The regular edition includes six previously released tracks and six new songs, and the limited edition’s special features include a bonus track and a DVD containing three music video: ether, BURNING SOUL and PANDORA. The album drops on January 20. Record stores in Japan are offering lots of neat little incentives, so you’re definitely going to want to visit the 1.1 version of their special site for more details.

And here’s their new look which, once again, are designs by 9.Acryl closet. I’ve also posted the previously mentioned photos near the foot of this post for anyone who’s interested (the image for day one was just a picture of the vacant forest that I, unfortunately, didn’t save to my computer). 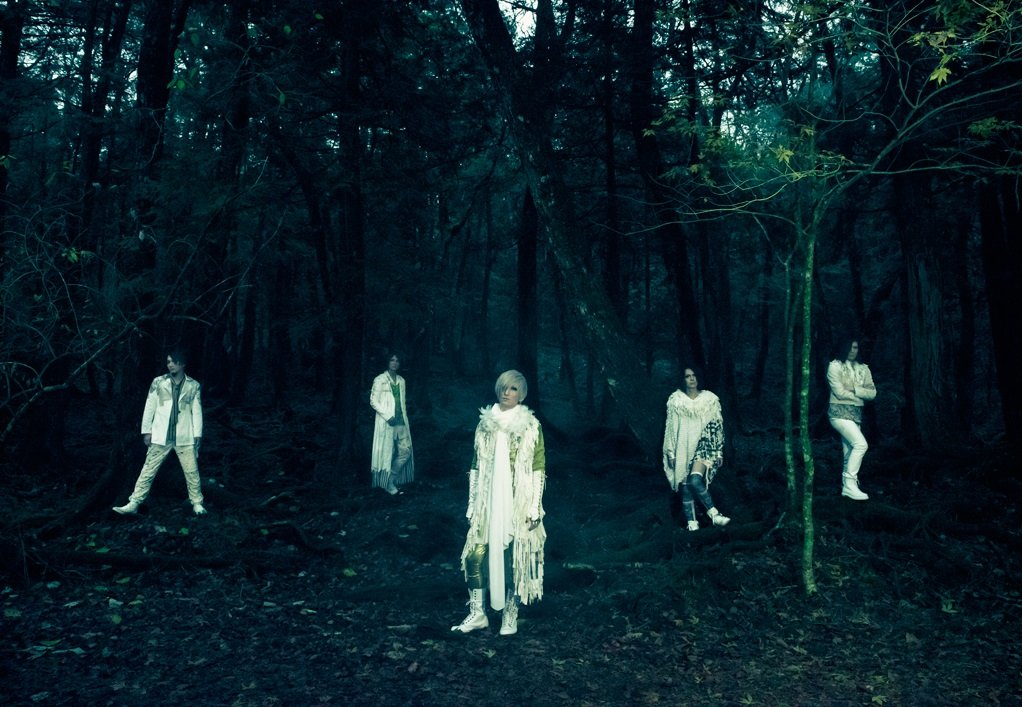