With gentle throbs of my own pulse ringing within my eardrums after the RADWIMPS’ London show, I can say with confidence that I’m now a fan. This show was also the last for the European leg of their tour, ending on October 19 at the O2 Academy Islington, London. 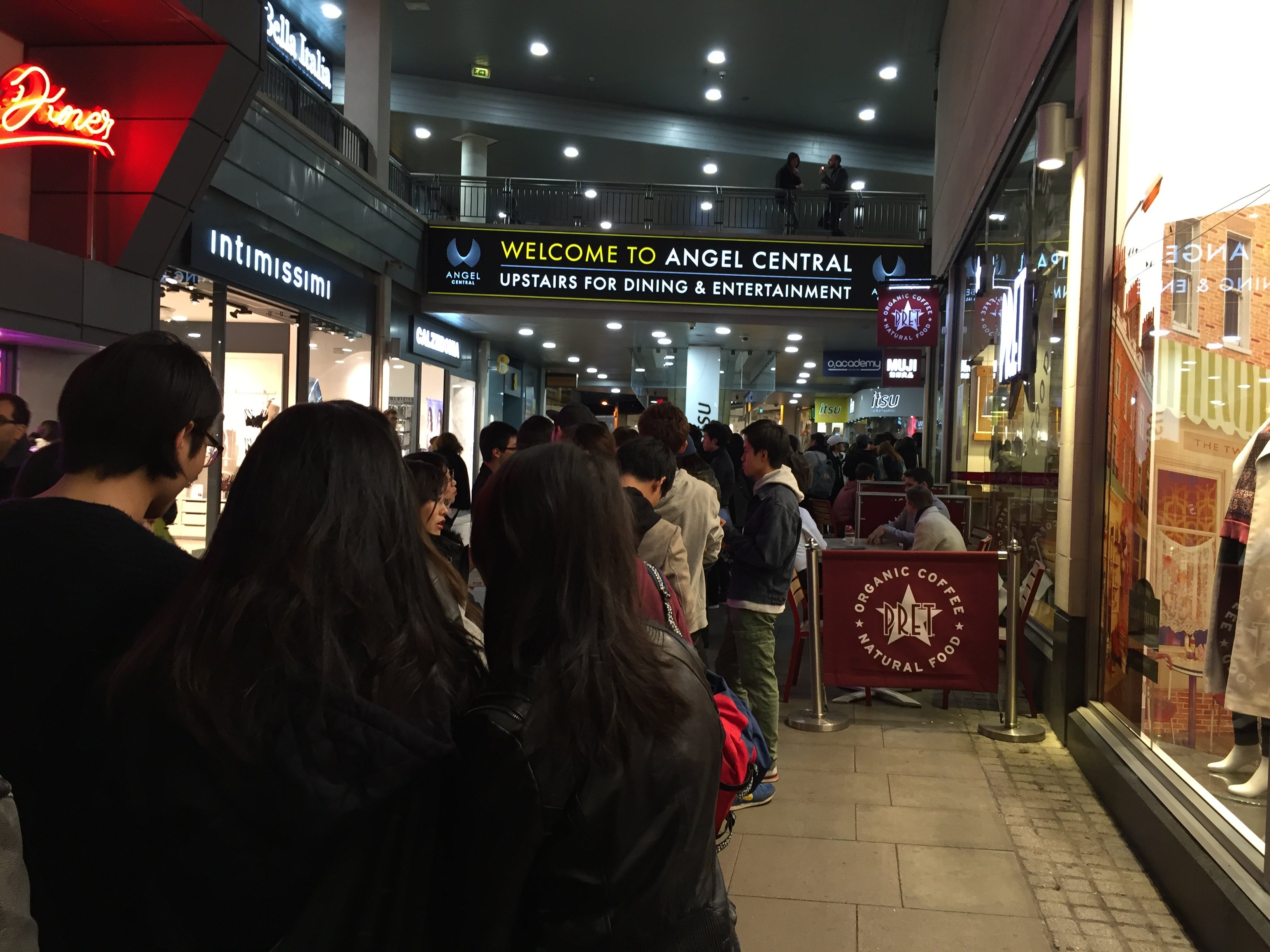 The long queue for RADWIMPS performance at the O2 Academy Islington, London

I have seen the band’s name appear online from time to time, and have possibly heard a few songs here or there by chance, but I must admit I’m a little taken aback by the quality of showmanship. After experiencing the interaction between the band and audience and also the improvisation on stage, my impression is that they are on a completely different level in terms of performing, compared to many other bands I have had the privilege to watch.

My favorite moments from this show were where Noda the vocalist, waved his arms high to get the band to play as loudly as possible. So loud that it almost blew my eardrums, and lowered his arms again to signal the band to play as quietly as possible so that you could hear the giggles and nattering of the crowd. It was easy to see that they were playing with all their strength from the pouring sweat, and the fact they didn’t seem exhausted. It was ironic to hear them ask if the audience was tired because I certainly was.

Other highlights from the show include the epic instrumental battles! Bassist and guitarist both gritted their teeth as they powered down on the strings and the drummer slammed down on the skins of the drum in turns.

It was obvious that the fans were enjoying themselves too from the consistent level of chanting and dancing even at the back of the crowds. Noda’s octopus arm dance and, Akira and Yusuke’s “cute” English were the small things that gave that show a human touch as though they were genuinely reaching out to the crowd. I’ve noticed that the lighting for the stage pointed towards the audience which is a completely new concept to me. It’s as though they wished to see the crowd. 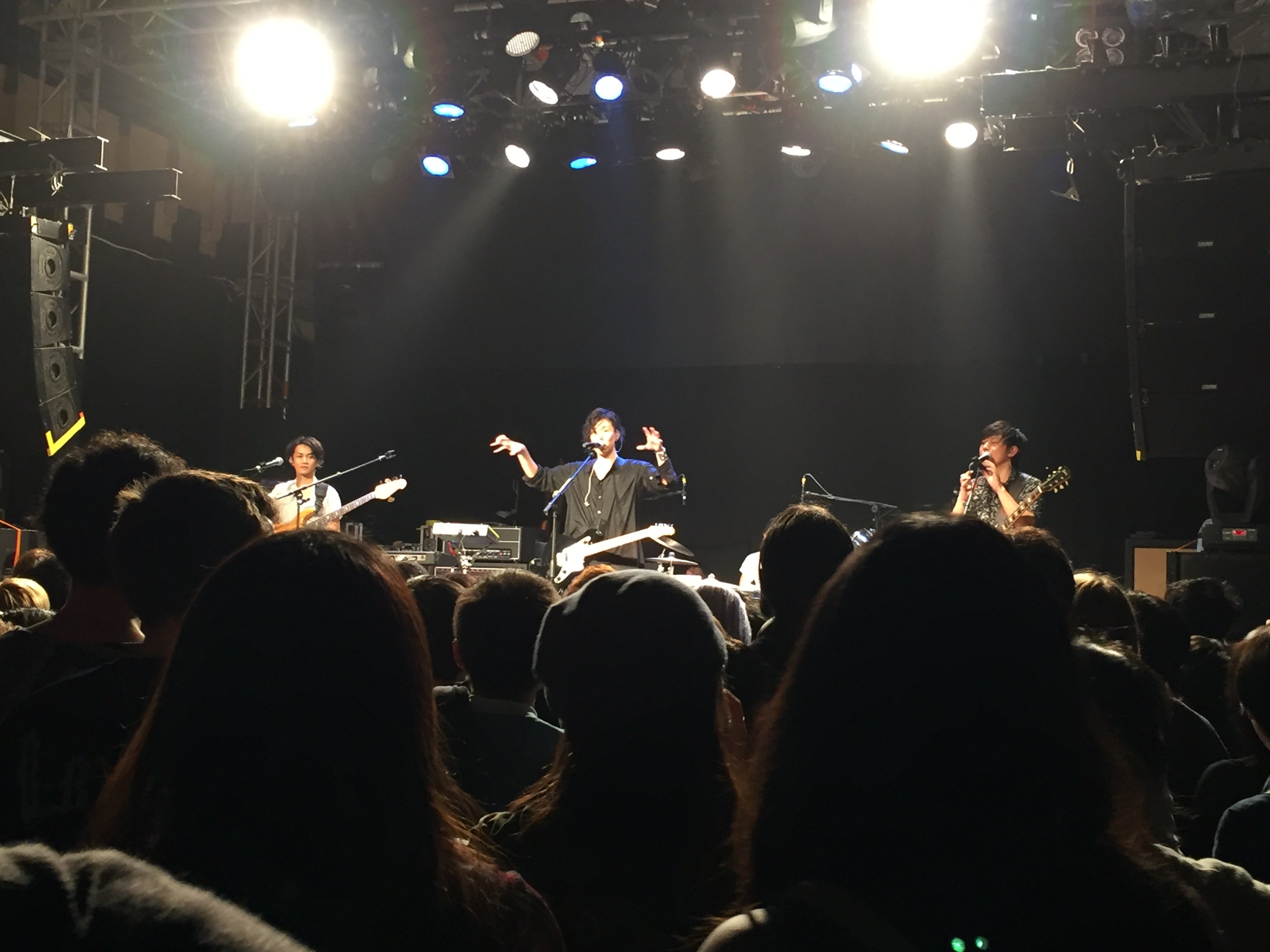 Trying to get the audience to take part in their performance

I have noticed that this show was not widely publicized. I personally did not know that RADWIMPS was playing in town until a good friend of mine mentioned it. Majority of the crowd were noticeably Japanese unlike the visual kei shows crowd I’ve seen so far and I do wonder if this show would have been sold out or even bought to a bigger venue with a bigger marketing campaign? Overall this show was a gem, and if I could go back in time, I would definitely choose to see RADWIMPS once again. Did you see any of the RADWIMPS shows in your country? If you also have any photos or comments on your experience please share them with us. 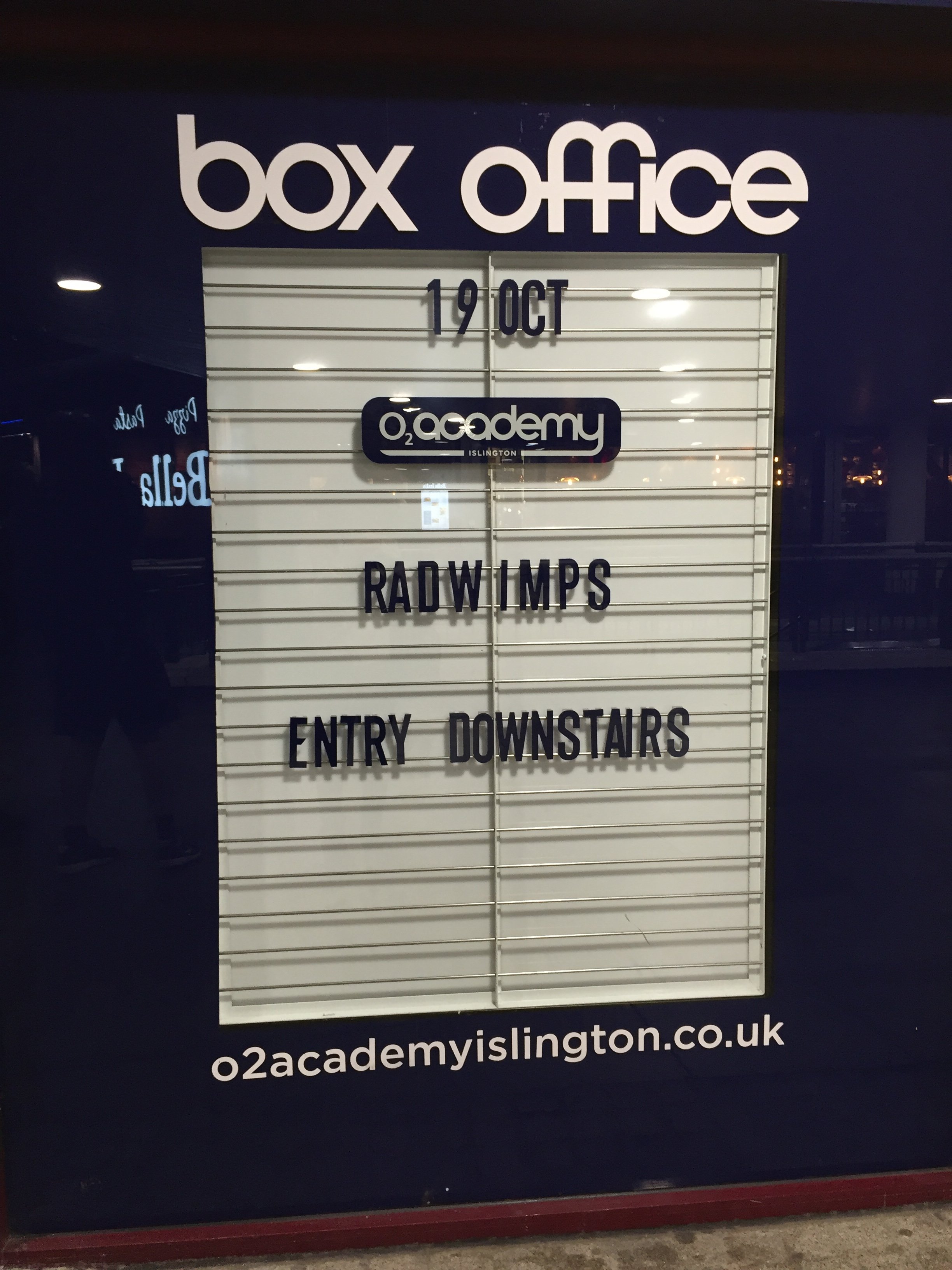 Share your opinion!
We use cookies to improve your experience. This includes analytics to understand where our audience is coming from and serving you relevant ads.