Ains (label to Diaura, Grieva, Gossip, and Kuroyuri to Kage) has announced an omnibus CD featuring fan-favorite’s of 90’s style visual kei bands Grieva, Gossip, and Kuroyuri to Kage. The title of the omnibus is Ankoku Sekai Wa Yami, and it’s set to be released on November 25. Compared to other bands in the scene today, these bands maintain the elegance and essence of what some may say was “the best era of visual kei”. The 90’s visual kei style is a style filled with an ominous gloomy atmosphere and much darkness, along side lots of frantic screaming and growling. It is true that growls and screams can be found in other visual kei sensations that have been filing into the market as of late, but they don’t maintain the signature distinct style present in these bands.

Ains has even gathered them for a group photo, which can be viewed below. 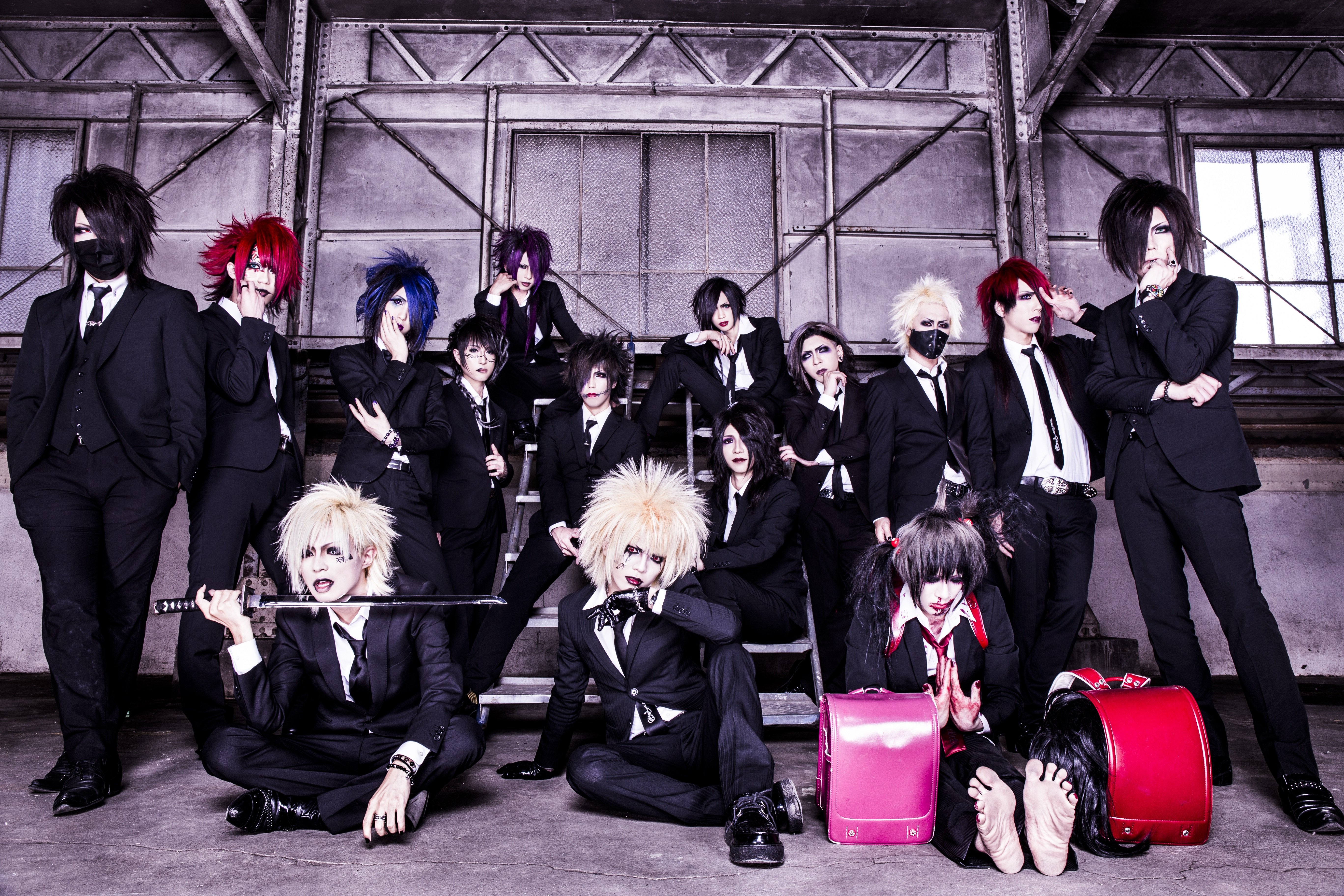 The cover of the album embodies an ominous vibe with the three vocalist hiding under dark cloaks: Gossip vocalist Saku on the left, Grieva vocalist Kyouki in the middle, and Kuroyuri to Kage vocalist Kurasuna Mei on the right. The omnibus features one new song from each band, a joint song featuring all vocalist, and a special song added by each band.

What would you say is your favorite era of visual kei? Are you too, someone that fancies these bands for the style they represent or is the current style of visual kei more to your liking? Please leave your comments below!