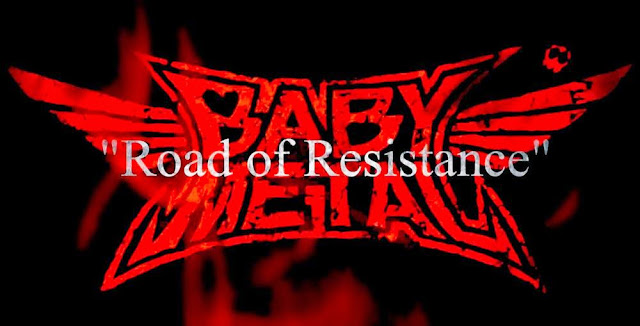 BABYMETAL to release a new collaboration song with guitarist Herman Li and Sam Totman from DragonForce called “Road of Resistance“.

In the latest trailer from BABYMETAL we were presented with a new song that will become BABYMETAL’s new anthem. The song was completed with the help of two members from the UK power metal band “DragonForce“, widely known for their fast paced song “Through the Fire and Flames” that appeared in the console game “Guitar Hero“, the song was so fast that even the band themselves failed to perform it at lives, but I digress.

Furthermore, this trailer severed to remind us BABYMETAL fans that their upcoming live DVD and CD is due to release very soon, on January 7. More info can be found here.

Comment:
While the new song actually does sound really good, I still want to hear more diffused and “denpa“-like releases, like the song “Iine” or “Doki Doki Morning“.