This week in Nichiyobi no Nostalgia, we’re going to be looking at another short-lived band from the Tokyo area called Black:List. They formed in 2007 and reached some international success, but ultimately disbanded two years later. Their music had a very dark, gothic feel, ingrained with deep, heavy bass lines and harrowing screams equaled out with raspy clean vocals. 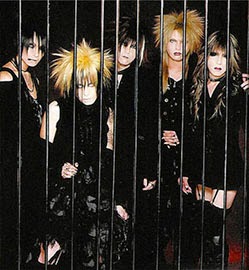 Black:List back in the days.

After forming in early 2007, they played their first live at Meguro Rokumeikan in March of the same year. Their lineup consisted of Ryo (ex-DEUSE) on vocals, TOMOZO (ex-SULFURIC ACID) and AIKIA (ex-Cuartet) on guitar, HISAKI (ex-Rosario, 13) on bass and REI (ex-MISSA as Mio) on drums. Under TOMOZO’s lead, they released their first single three months later called “DESPERATE” and shared the same stage with bands such as DEATHGAZE, Sel’m, Since1889, and BORN.

In September of the same year, Ryo and HISAKI both decided to take their leave from the band, causing them to go on hiatus. However, in January, they gained vocalist KyoTaro who left his band √eight to join them. His voice is quite unique and added the spark that they needed to get started again. In March they began activities again with the aid of support bassist Jin. They released a new single a couple months later entitled “MELANCHOLY” featuring a re-recorded version of the title track showcasing KyoTaro on vocals and two new songs. The single sold out and a second pressing was made with a new track “Throw Hope Away” and PV. Black:List embarked on a small Eurpoean tour in late 2008 with label mates Exist†trace, releasing a split album with them as well. Sadly, shortly after that tour, they announced their disbandment and played their final live on January 08th 2009 at SHIBUYA BOXX. That wasn’t the end for most of these bandsmen, though. 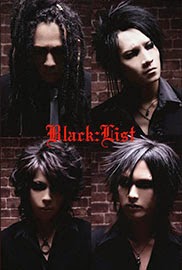 Vocalist KyoTaro proposed his retirement from music after the disbandment of Black:List due to family issues, though only a year later he started a session band called the new word CULTURE. After playing guitar for a local band, as well, he formed non-visual, hardcore/punk band COCKROACH where he performs as their vocalist to this day. You can follow him via his twitter and his band’s OHP or twitter. 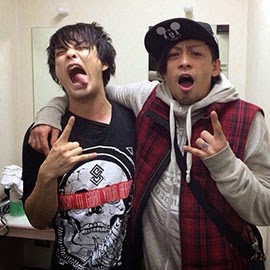 KyoTaro to the right with his current look. Left is Satoshi from girugamesh.

After the dissolution of Black:List, support bassist Jin kept himself very busy, performing as a support bassists for quite a few bands, such as Since1889, UnsraW, Gigolo, and DEPAIN. After UnsraW resumed activities after their hiatus, they asked him to join as an official member, filling the gap after their bassist had moved on to another band. He played with UnsraW until their leader and vocalist decided to leave, leading to their disbandment. He’s been playing bass as a support member for TRIGGAH’s vocalist hajime’s solo project GENGAH. and you can follow him via his twitter. 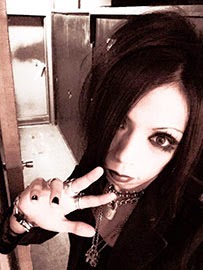 The name TOMOZO should sound familiar. He’s been in the visual kei scene for a while, with his previous record label “Sequence Records” and current record label “DUAL CORE SOUND ENTERPRISES” which he manages with the owner of Meguro Rokumeikan. After Black:List broke up, he said at one point that he would never share the stage with those men again. Things seem to have changed since he and fellow guitarist AIKA were both in TRIGGAH, whom of course is on his label. You can follow TOMOZO on his twitter. 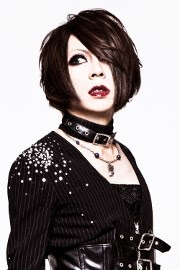 Although AIKA ultimately left TRIGGAH along with everyone except for TOMOZO and vocalist hajime, he’s currently playing guitar supporting hajime’s solo project GENGAH. and you can follow him via his twitter. 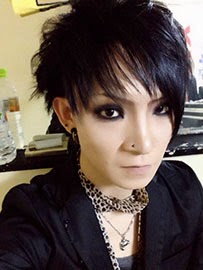 Bassist HISAKI went on to perform as a support bassist for cocklobin after leaving Black:List and would ultimately become a full-fledged member of the band until their disbandment in February of 2014. He was a primary songwriter in the band, so I don’t think this will be the end of his career, however, he hasn’t moved on to any other projects since their disbandment. You can follow him via his twitter and keep your eyes peeled. I don’t think it will be long before he’s in another band.

Unfortunately, former vocalist Ryo and drummer REI have not shown their face in the scene and don’t have active blogs or twitter accounts, so their activity is currently unknown. While they haven’t announced that they’ve quite the scene, after almost a decade without any news, you can assume they’ve retired music.
Do some of these faces look familiar? Have you followed up on their current activities or did you discover a new band, like COCKROACH that you like? Tell me what you think and as always, always remember: never forget!

Most households have an unsolved Rubik’s Cube. You can easily solve it by learning a few algorithms.